Skiing in Annupuri is well known due to its wide and gentle groomers and access to some of Niseko’s best powder in O-Sawa and Kozan no Sawa bowls. Off the mountain Annupuri is less well known and why it is often referred to as the “local’s mountain”.

Niseko Annupuri owned by the local bus company Chuo so doesn’t yet have the big development plans of Niseko Village or Hanazono but that doesn’t mean that it has been forgotten. Over the past few years several of the Pensions located just a short walk from the gondola have been renovated offering affordable accommodation from as little as Y4000 per person. While the Northern Resort as renovated before the financial crisis offering ski-in ski out options.

The village is considered quasi-national park so building restrictions mean it will always be low density with a number of the private homes, some available to rent from Annupuri Village nestled in amongst the snow and Shirakaba trees.

There are a number of local restaurants in the area where the preparation of the food takes priority over the commercial aspects of running a restaurant. Most are only 4 or 5 tables while several only offer one sitting per meal and stick rigidly to their schedules – including closed days, regardless of demand. The best known is Rakuichi featured by http://www.youtube.com/watch?v=Ldubx6MMJBs“>Anthony Bourdain  while the soba masters son runs the neighboring Karabina and nearby Cafe Grove is another Izakaya while Del Sole pizzeria is widely acclaimed as Niseko’s best pizza. All of these except Karabina are open for lunch (schedules permitting) and offer alternatives to eating at the Nook or Northern Resort. It is also well worth the 15minute drive in the evening perhaps combined with the almost deserted night skiing or a soak in Yugokorotei onsen.

*14cm or more has fallen in the last 24 hours in Niseko. At 7:15 today the temperature was -4°C. A warmer morning but we still have a delightful layer puffy snow. Looks like another great day will be had on the mountain! Useful information from other places Accumulative snow fall to date in Niseko, 761cm Snow depth at the peak, …

END_OF_DOCUMENT_TOKEN_TO_BE_REPLACED

*26cm or more has fallen in the last 24 hours in Niseko. At 7:00 today the temperature was -9°C. Jaw dropping snowfall last night unleashed what can only be described as snowmageddon! Have a great day. Useful information from other places Accumulative snow fall to date in Niseko, 747cm Snow depth at the peak, 300cm Snow depth at the base, …

END_OF_DOCUMENT_TOKEN_TO_BE_REPLACED

*6cm or more has fallen in the last 24 hours in Niseko. At 7:00 today the temperature was -9°C. Currently light snowfall with no wind. Visibility is limited the wind is expected to rapidly increase from mid morning. Useful information from other places Accumulative snow fall to date in Niseko, 721cm Snow depth at the peak, 300cm Snow depth at …

END_OF_DOCUMENT_TOKEN_TO_BE_REPLACED

Looking for something? Start your search here! 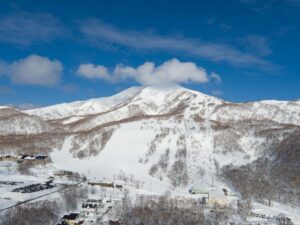 The Powder Company Guides are Niseko's most experienced and safety-focused guiding company.…