As adults from a predominately western society, it’s safe assume that most people are fairly familiar with the concepts and customs of this ‘Hallmark holiday’.  You know, man shows woman that he loves her by spending his money on frivolous temporary niceties like chocolate, flowers or a meal.  Or he blows it on equally frivolous, but more long-term items likes of jewellery or lingerie.  But just as Christmas has been lost in translation (KFC for dinner, Crucified Santas on posters etc) so too has Valentine’s Day.  Not that it’s a complaint this time, as now the tables are turned, and it’s the men who are the recipients of the presents/spending/affection. 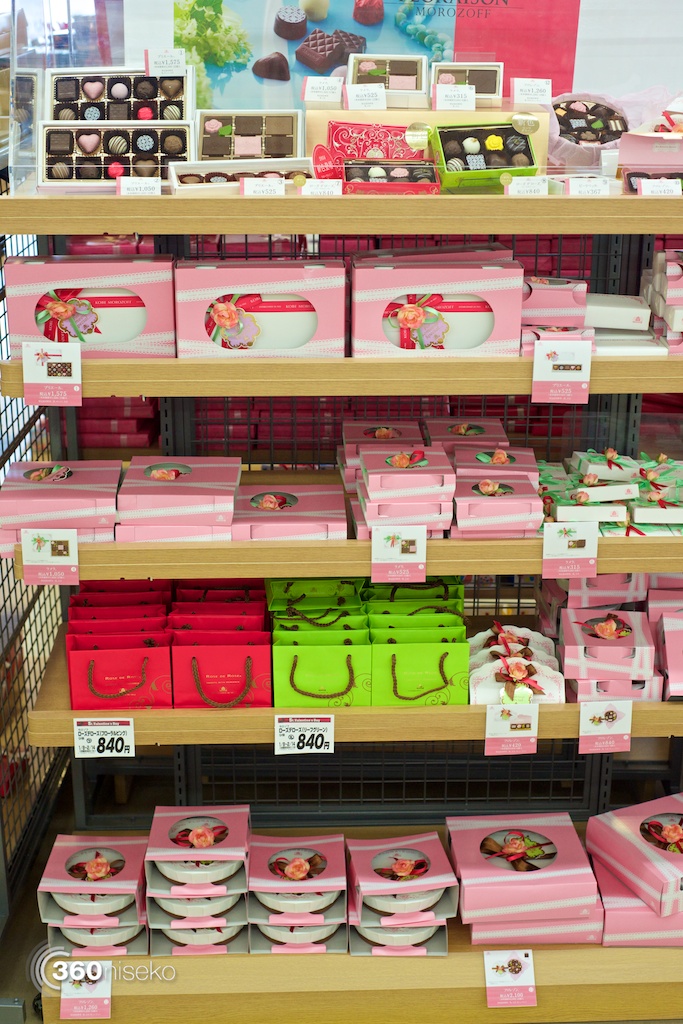 A little research into how this custom came about showed that the chocolate company Morinaga introduced this custom/holiday in the late 1950s (with the non-too-subtle motive to help sell more chocolate).  Fiendish. 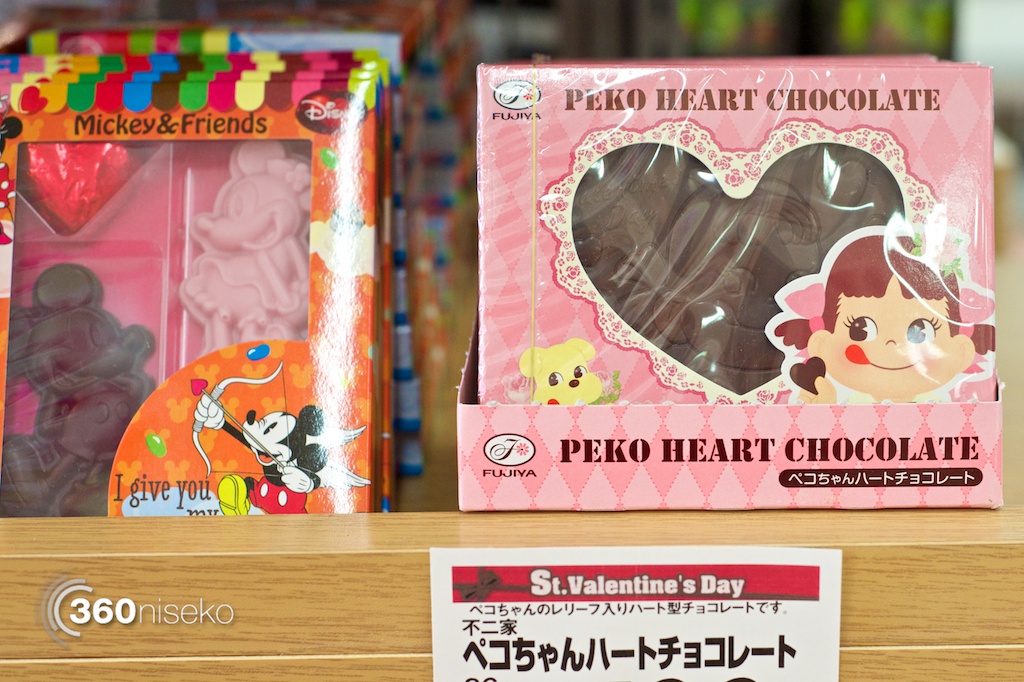 How does it all work then? Well, instead of men buying chocolate and overpriced flowers from unscrupulous-price-gouging-florists for the woman (women) in their life (crush, girlfriend, wife, mistress), the women in Japan buy chocolate for men.  And, here is a pretty big distinction, it’s not just for their crush/boyfriend/husband/toy-boy. No-no, there is a much broader range of people to shop for.  And the cynic in me thinks the confectionary companies and the department stores are absolutely loving it.

First up is giri-choco coming from the word giri (obligation) and choco (chocolate).  Obligation chocolate it is then.  They are bought in bulk by (predominantly) office ladies to give to their male co-workers (as well as casual male acquaintances).  They are distinguished from other gifts by the size/value of the chocolates.  These aren’t an expression of love/interest, but merely an obligation, so no need to feel embarrassed upon giving/receiving them.  The 45 year-old office lady just isn’t that into you.  (Though, my first year in Japan I did receive a pair of Gachapin underpants from the office ladies at my Board of Education, and wasn’t quite sure what to think of it) 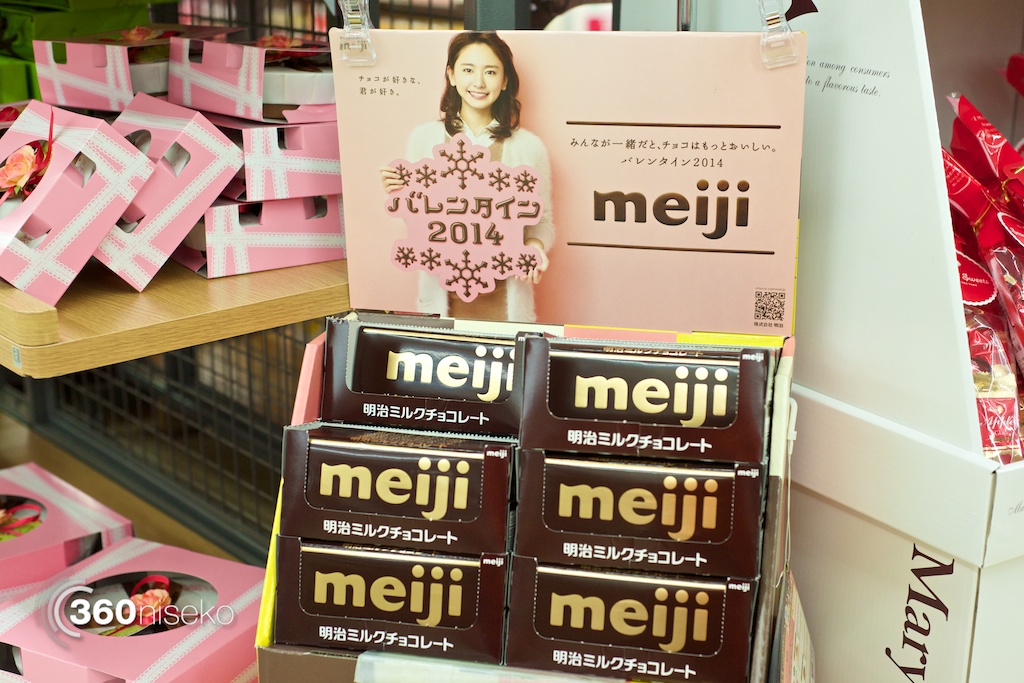 My favourite. This is the ‘ultra obligation chocolate’ given to the unpopular co-workers.  This chocolate is the cheapest, nastiest chocolate you can give.  Seems like a lovely passive-aggressive way to let your co-worker know that you don’t particularly like him.

Translated as honmei (favourite) choco (chocolate).  The real-deal-present given to that special someone.  Given by a woman to a special man (love interest) in her life.  The gift is generally only chocolate, but of a much higher value/quality than the giri-choco that is given to co-workers/acquaintances.  This chocolate is an expression of love/interest/romantic-inclinations; so often women will give hand-made chocolate gifts to boyfriends/prospective boyfriends/young husbands as a sign that it is the only one being given (at least according to the Internet). 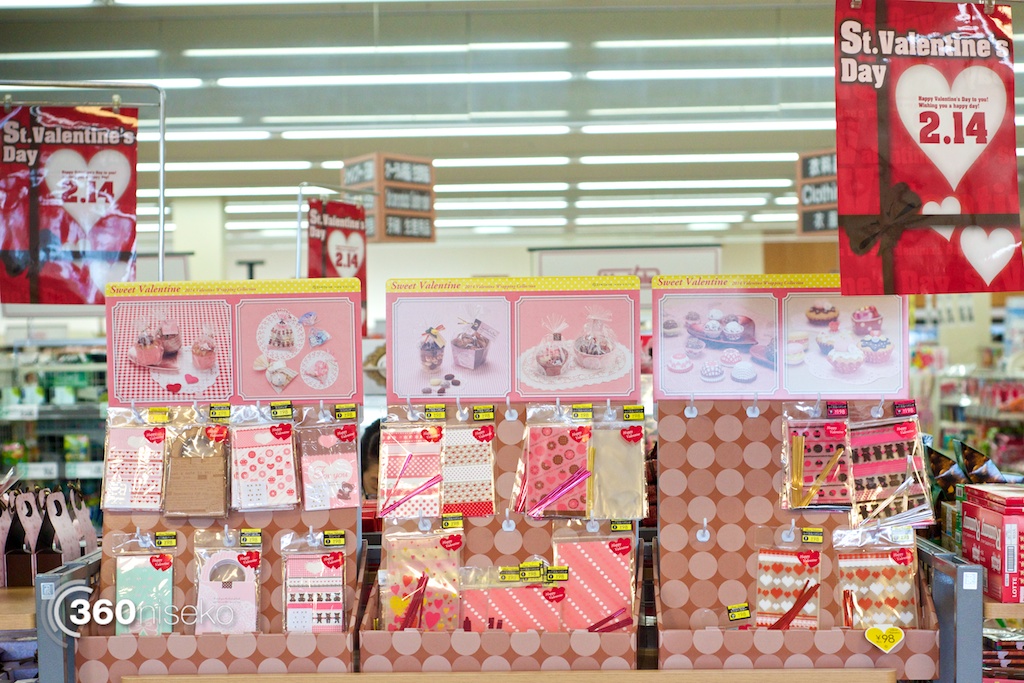 Tomo (friend) choco (chocolate) is a modern addition to Valentine’s Day.   It is a gift of chocolate given (predominantly) between female friends, and not limited to chocolate as the name may suggest (cookies/candy/chocolate are all fair game).  Apparently men can give it to their friends, but it’s considered… a little odd.

And, in a disturbing trend (from a chauvinistic-male-point-of-view)… ‘opposite chocolate’.  Those crafty Morinaga executives have worked out that if men bought chocolate for women too, they would increase their sales/profits.  To cash in on this, they have released a DARS range, with mirror-imaged (opposite) packaging.

They have also posted results from a survey that was conducted, which produced some brilliant statistics like these:

“98.3% of the women said if they received chocolate from men they would be happy”

The defining conclusion that Morinaga came to:

“close to 80% of women would view men giving them chocolates as romantic.”

Are you ladies feeling hard done by?  If so, wait for next months guide to White Day where you’ll get your due reciprocation, maybe.