It’s back! Tonight saw the resumption of the weekly rail jam at Lars Longcox, with a handful of skilled/brave/crazy boarders (and a few token skiers) battling it out for awesome gear from event sponsor, Rhythm Snowsports. But, it wasn’t just about the wares, bragging rights were also up for grabs. Powdershots Niseko braved the elements to grab a couple of photos from the evening. 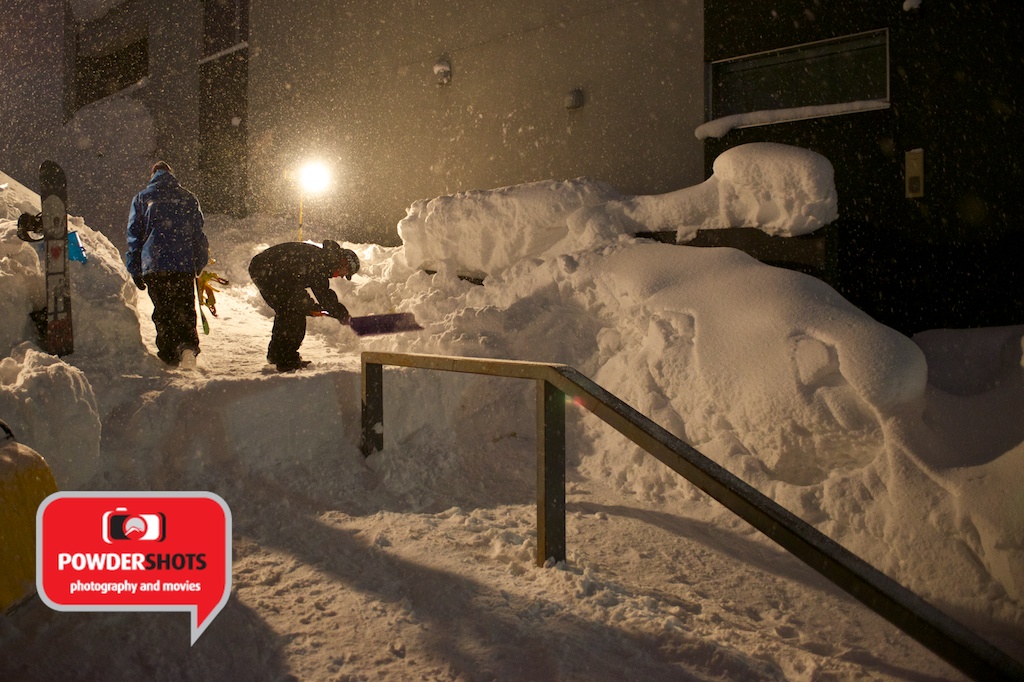 Registration began at 3PM, with the event officially beginning around 4:30PM. The rail had been dug out of the area beside Lars and Snow Crystal and the pros were giving the run in some last minute attention. 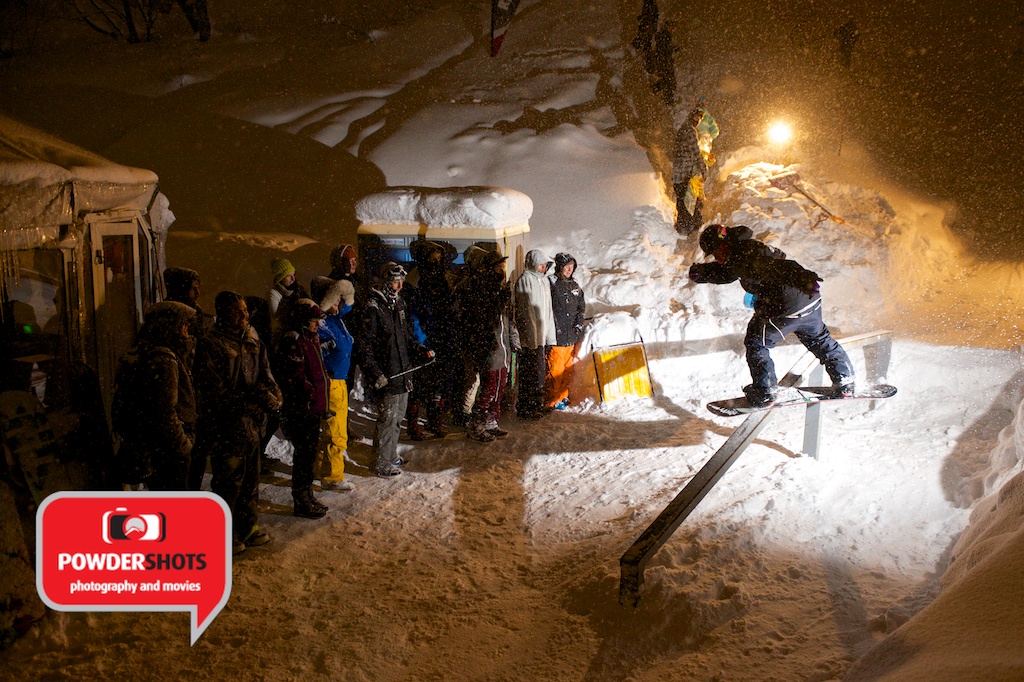 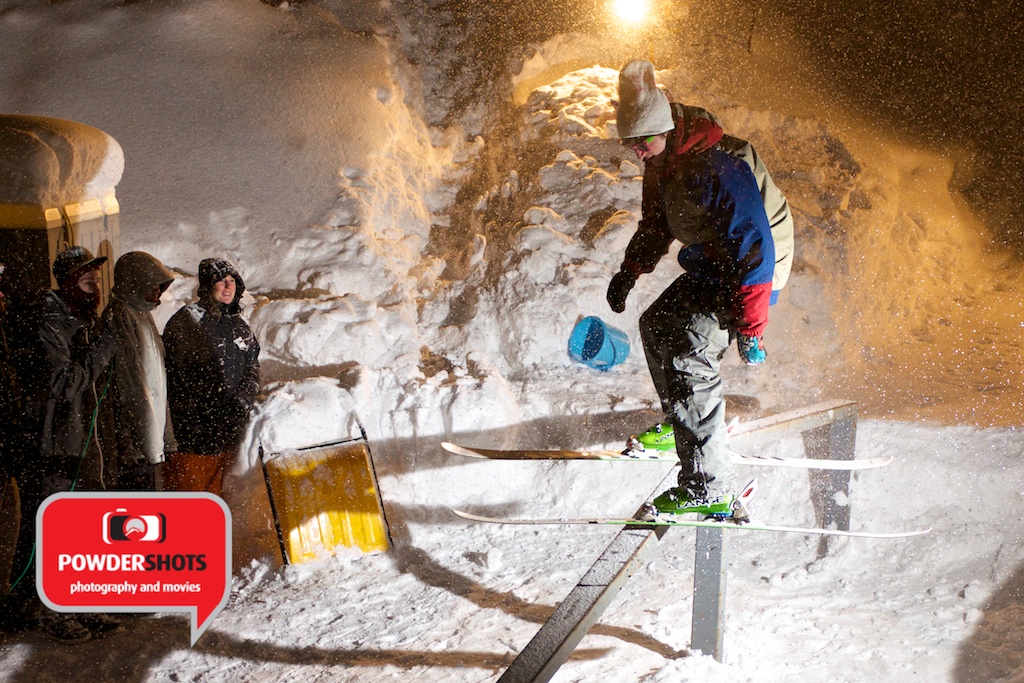 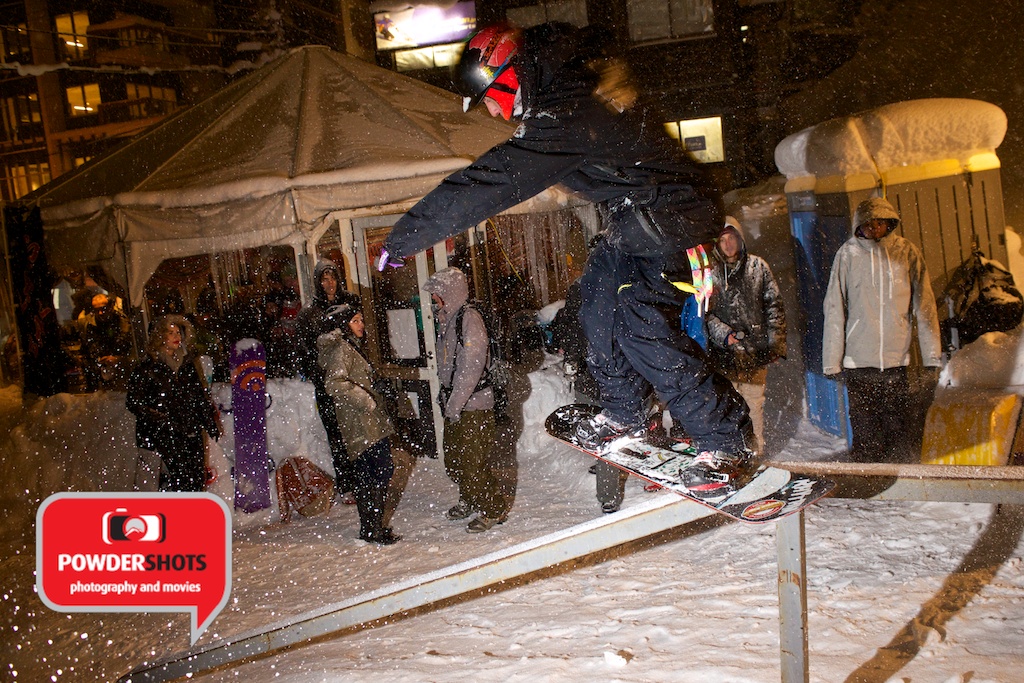 The riders had a bit of time to practise as the crowds slowly gathered. Plenty of crashes that made you scrunch up your face, wince, and suck air through your teeth, but fortunately no one was taken away in an ambulance. 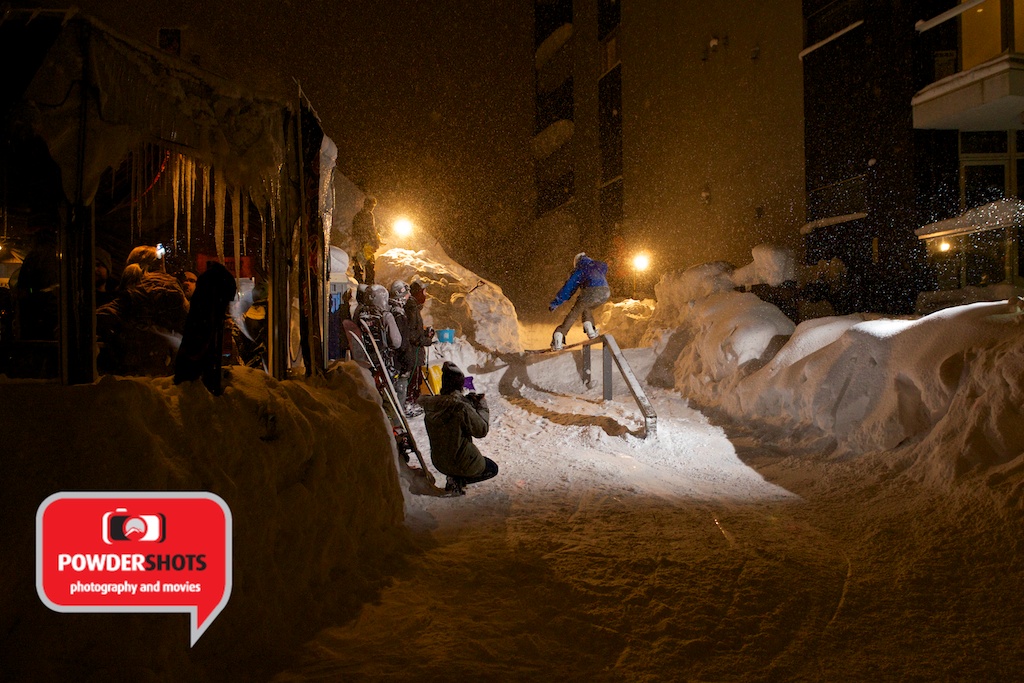 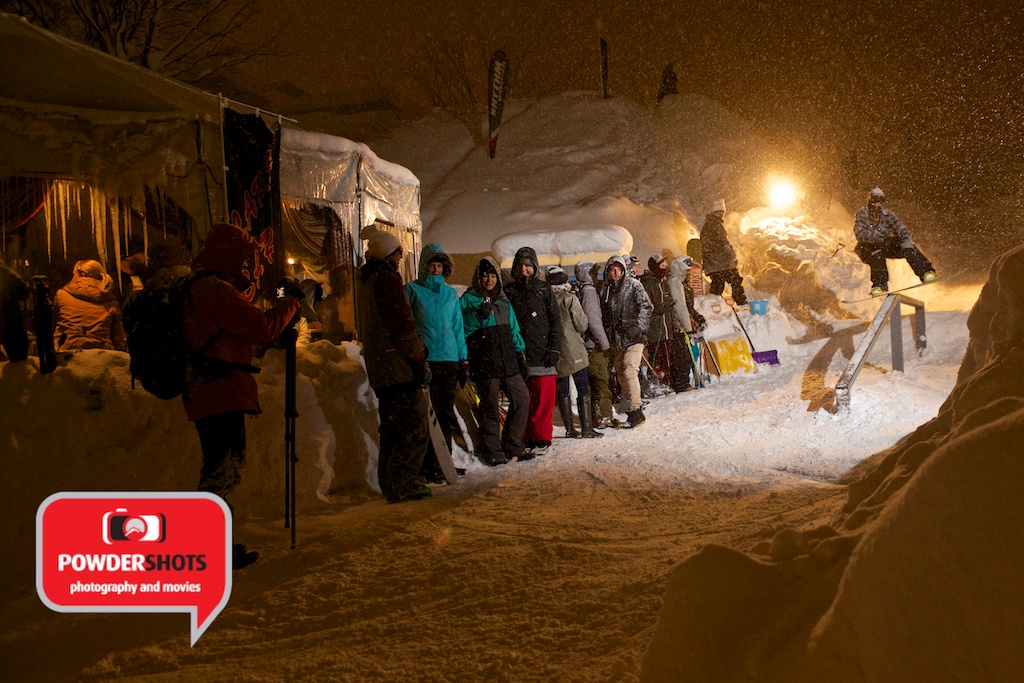 There were several heats, and riders were judged on few various categories, including style, difficulty and skill. I did hear the judge award a few bonus points to someone because he liked his name. 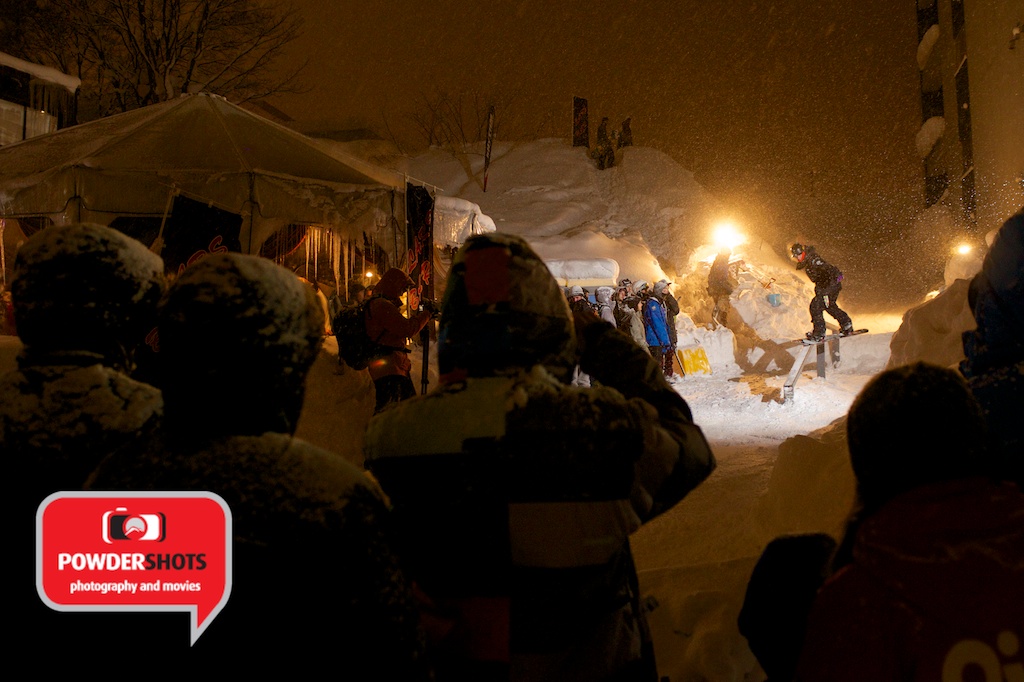 Even though it was painfully cold, and the snow was relentless, the area around Lars was packed (much to the ire of the people trying to drive busses). 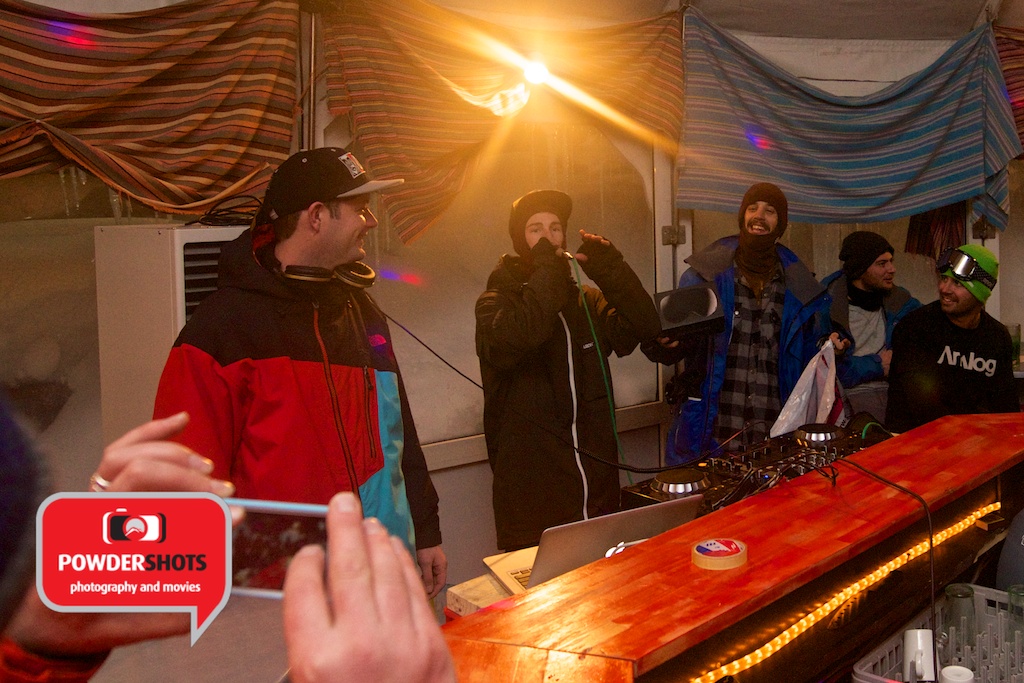 The level of riding was high, but in the end, much like Highlander, there can be only one. Harley Trivic from Fyve Snowboards took top honours, scoring among other things an awesome pair of Dragon goggles from Rhythm Snowsports. There was also prizes for top skier, and top trick. 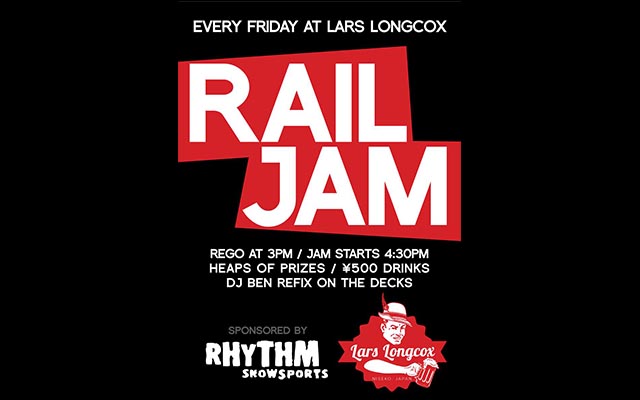 See you there next Friday?