*0cm has fallen in the last 24 hours in Niseko. At 7:00 today the temperature was -2°C. Calm overcast conditions this morning. It looks like we may have to wait a few days before the first flakes of 2017 to float down on us here in Niseko. Sunshine is forecast later in the day and perhaps this morning a good opportunity to relax and slowly take in the new year. 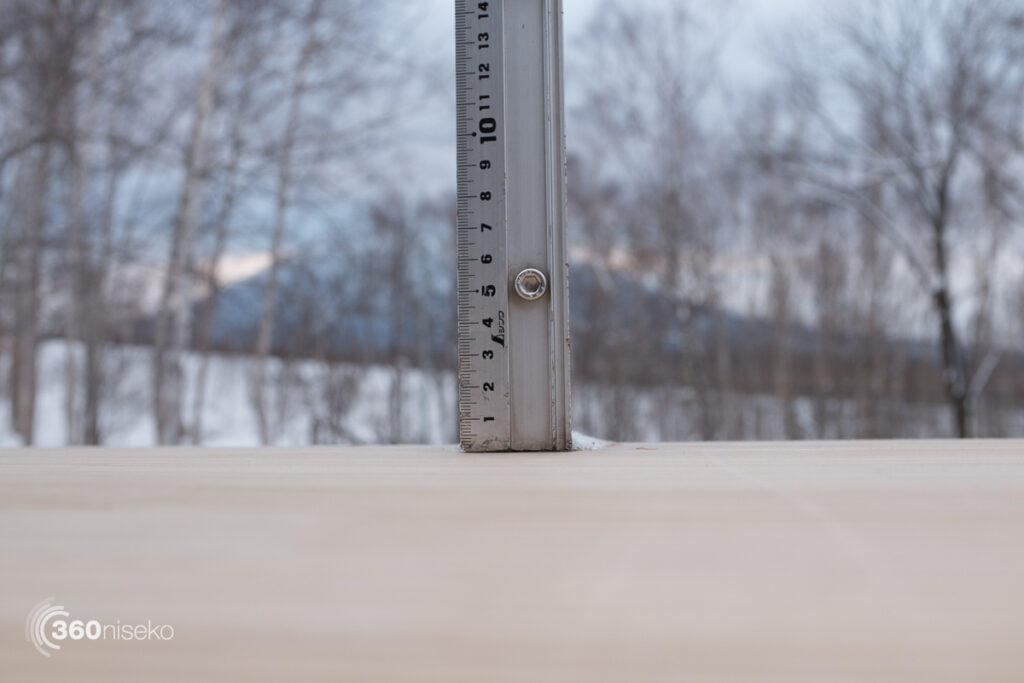 New years celebrations in Niseko. Happy New Year from the team at 360niseko!! 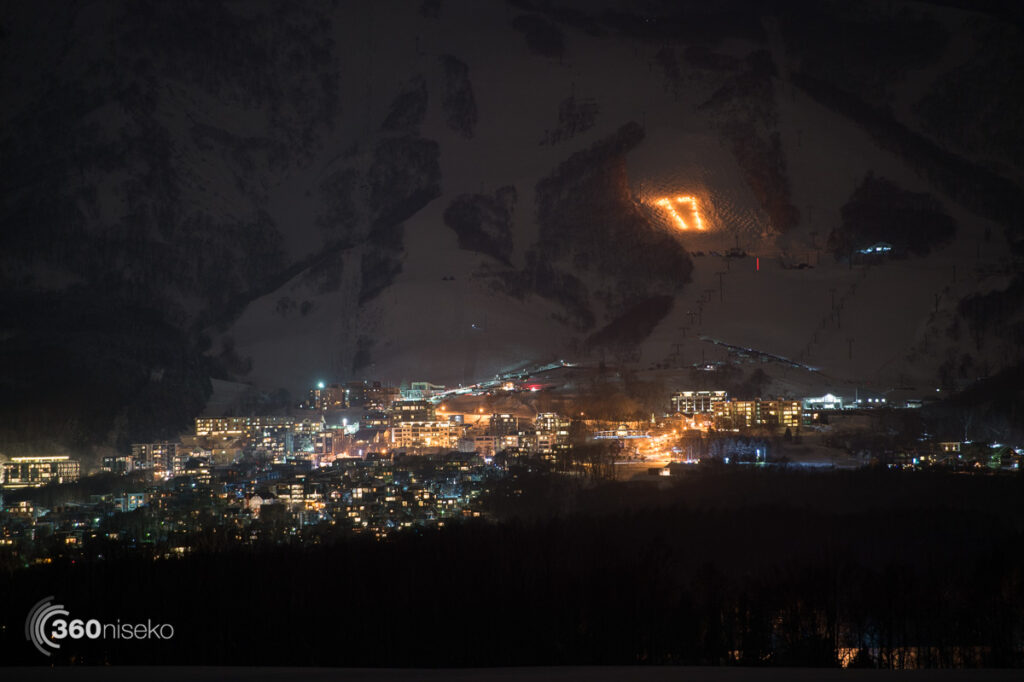 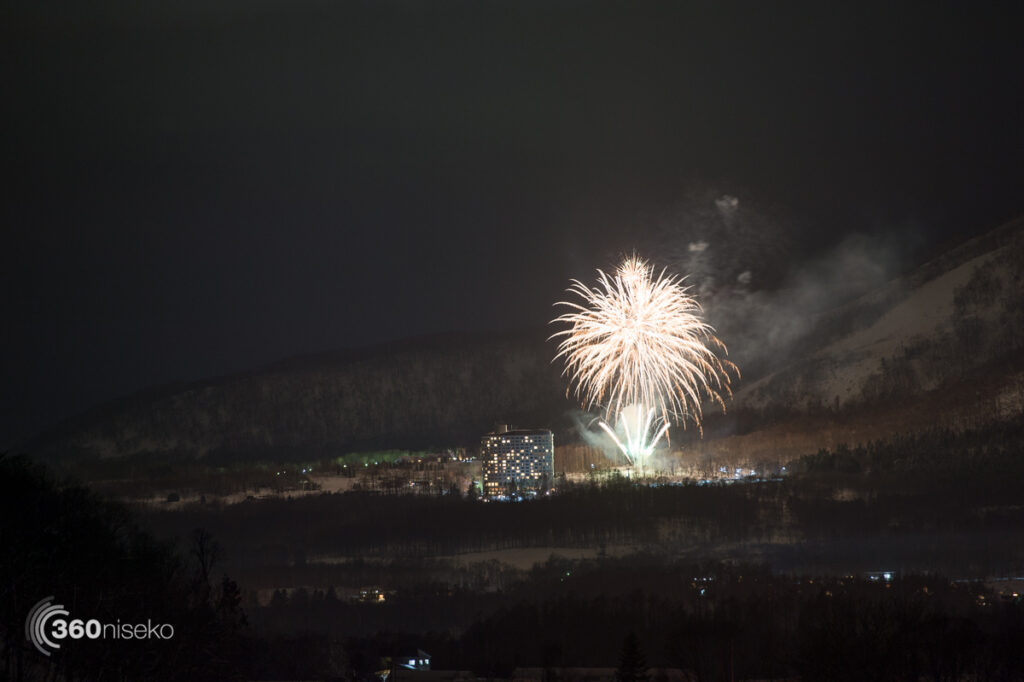 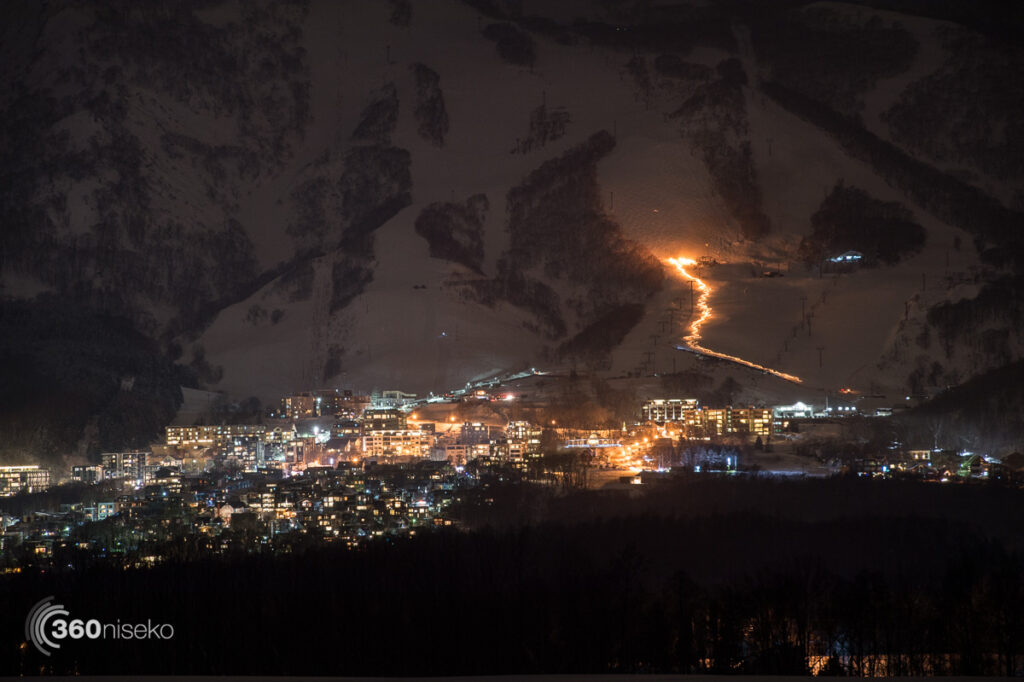 Torches bearers make their way down to the base of the Hirafu gondola, 1 January 2017 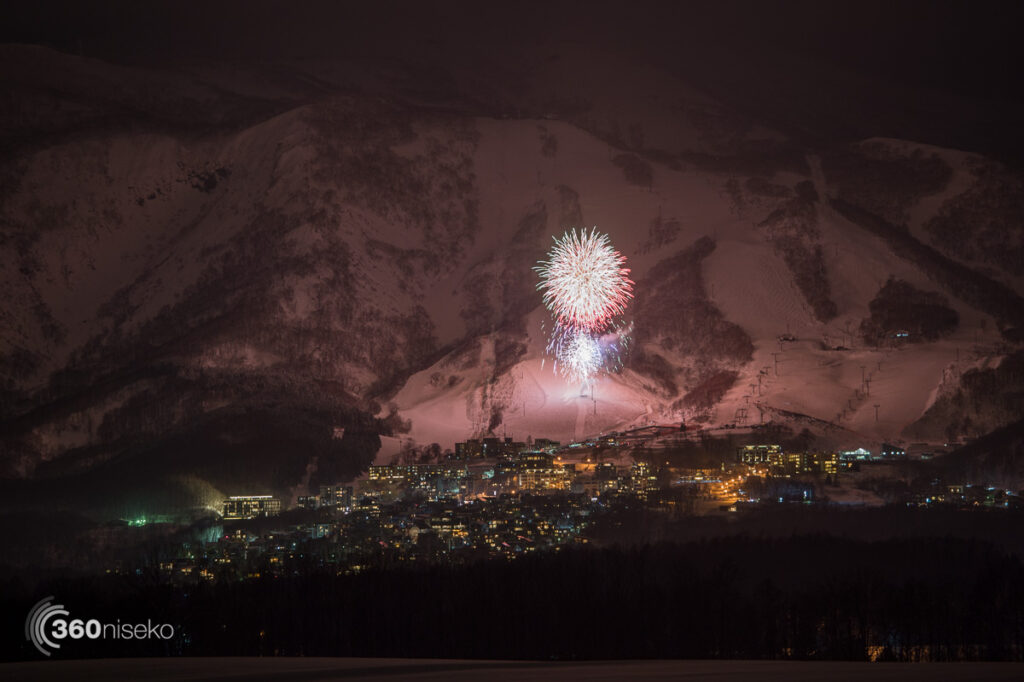 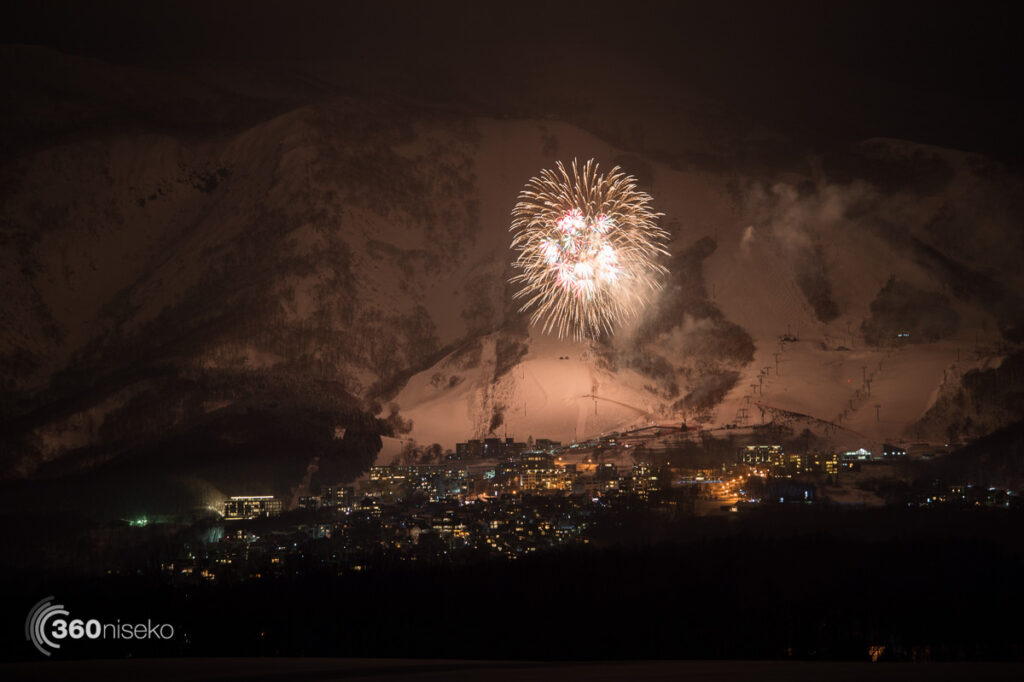