Tonight sees the latest exhibition by local photographer Junichiro Watanabe. This year Jun has created something special. UCABU literally translates to floating in Japanese. The whole concept for the project was to combine snowboarding photography, a hot air balloon and aerial photography. Yes you read that right. Jun and his family moved to Niseko a few years ago and Jun previously worked as a news paper photographer before going freelance. During that time Jun he met Akio Hachinihe who is an expert the ballon pilot and well known aerial photographer. 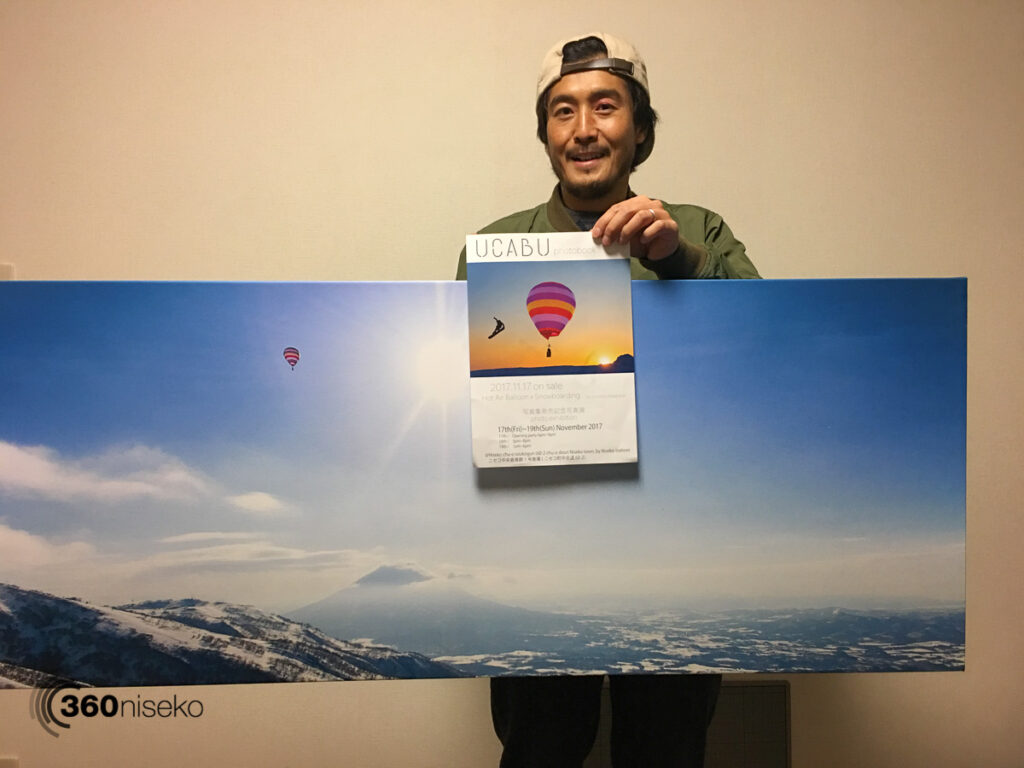 Jun picking up a canvas print for the exhibition, 16 November 2017

Without giving too much away Jun got together a crew of local shredders fired up the ballon and got creative! The whole project was supported by Niseko Moiwa Ski Resort who allowed the project to fly over the resort for some unique and beautiful images . The result is jaw dropping. Jun has produced an inspired photobook in Japanese and English and it also includes a DVD video shot throughout the production. 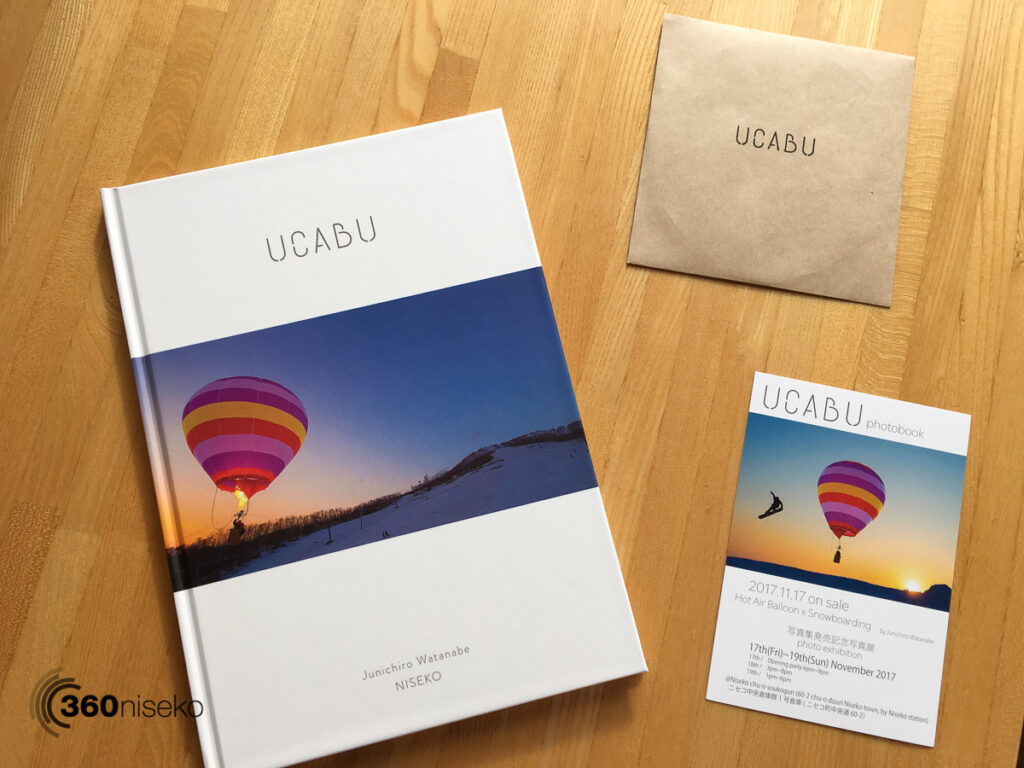 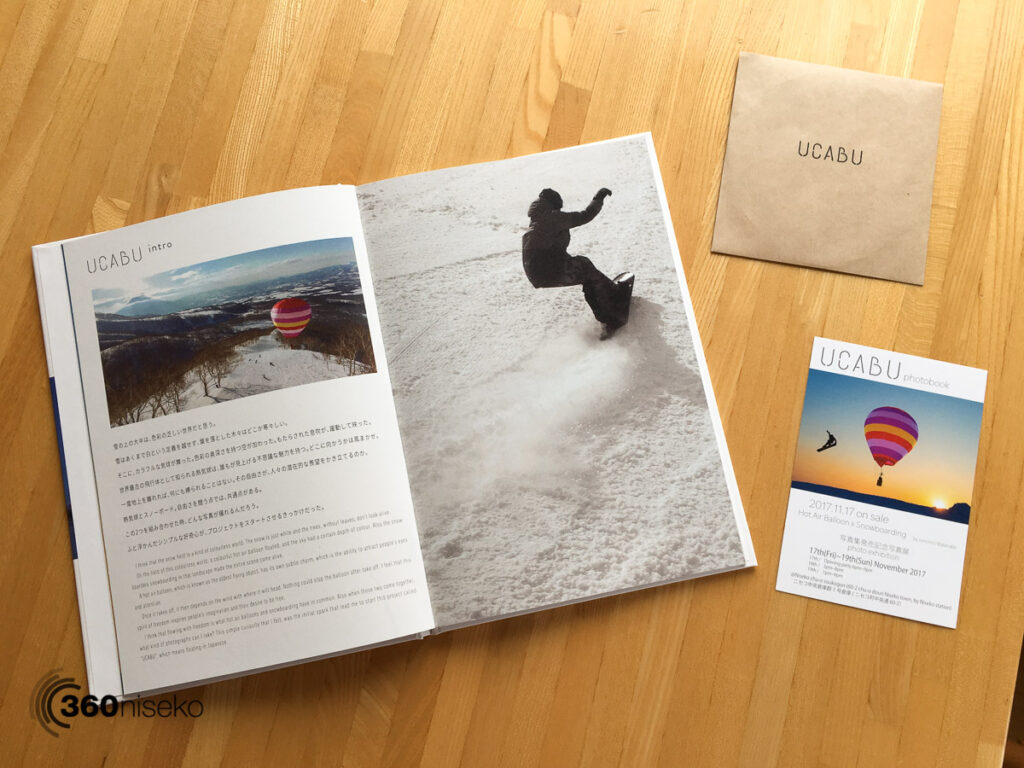 Intro of the photobook and I-chan shredding.

A shout out from Jun

写真集「UCABU」、そして、写真集発売記念写真展の準備を進めています。ニセコ中央倉庫群での写真展は17日（金）が午後6時〜9時、18日（土）が午後3時〜午後8時、最終日の19日（日）が午後1時〜午後6時となります。入場無料。初日の17日はオープニングパーティーとなり、写真集の付録となるショートムービーを大型スクリーンで上映するほか、ニセコ町の居酒屋「らくだ」、グリーン茶草による飲み物、食べ物の販売もあります。ぜひみなさんのお越しをお待ちしています！
Junichiro Watanabe’s snowboard grand photo exhibition [UCABU] and photo book sale will be held at Niseko sokomura starting with an opening party on Friday November 17th (6-9pm) and will continue over the weekend on the 18th(3-8pm) and 19th(1-6pm). The exhibition entails Junichiro’s photo compilation of local Niseko pro snowboarders from the previous winter 2017 season. Also included with his exhibition will be a short film covering some of the highlights of the snowboarder group during the photo shooting.
Niseko local Rakuda izakaya will be catering the food and beer, and green tea drinks will be provided by
g r e e n s a s o for the opening party. Please come by for serious snowboard photo action and for good community fun before winter season!
UCABU photobook
featuring
Makoto Yamada
Gaku Sato
Hiromasa Ihara
Koutaro Minamiya
Tomoyoshi Harada
Asato Yoshida
Takahiro Taniguchi
Takanori Hayashi
Toshiki Yamane

Where is the venue?

Niseko Soukomura is just down the road from Niseko Train station towards the yellow bridge 😉 This will be the 2nd exhibition Jun has put on at the same venue. Last year at around the same time the exhibition was a crossover between Jun’s skateboarding and snowboarding photography. The space is fantastic and is a historical building that has been renovated to now act as a community space. 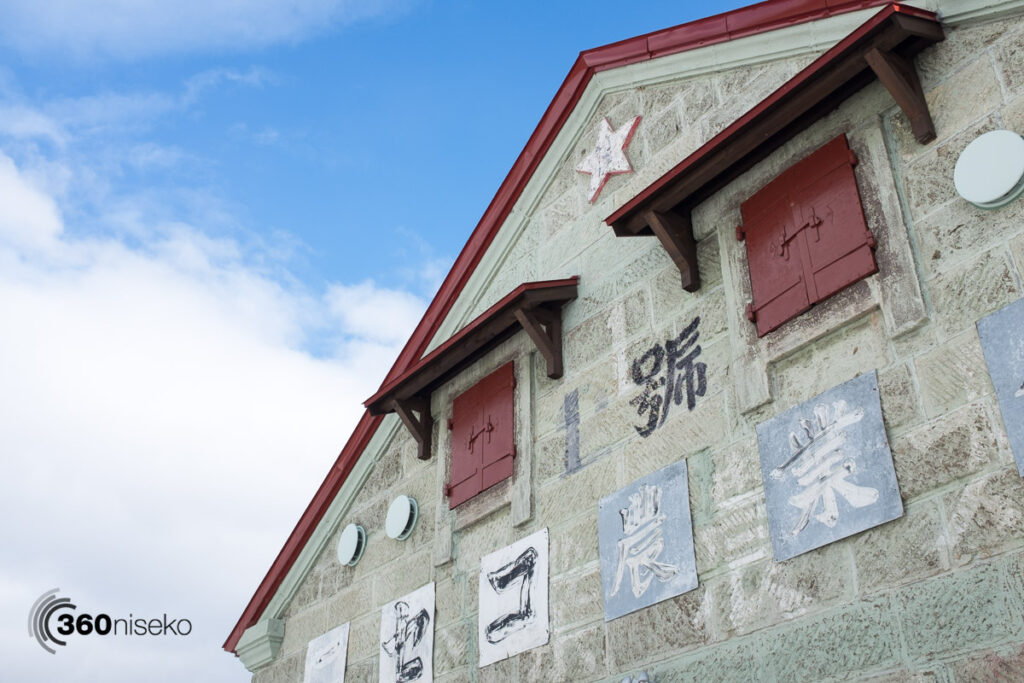 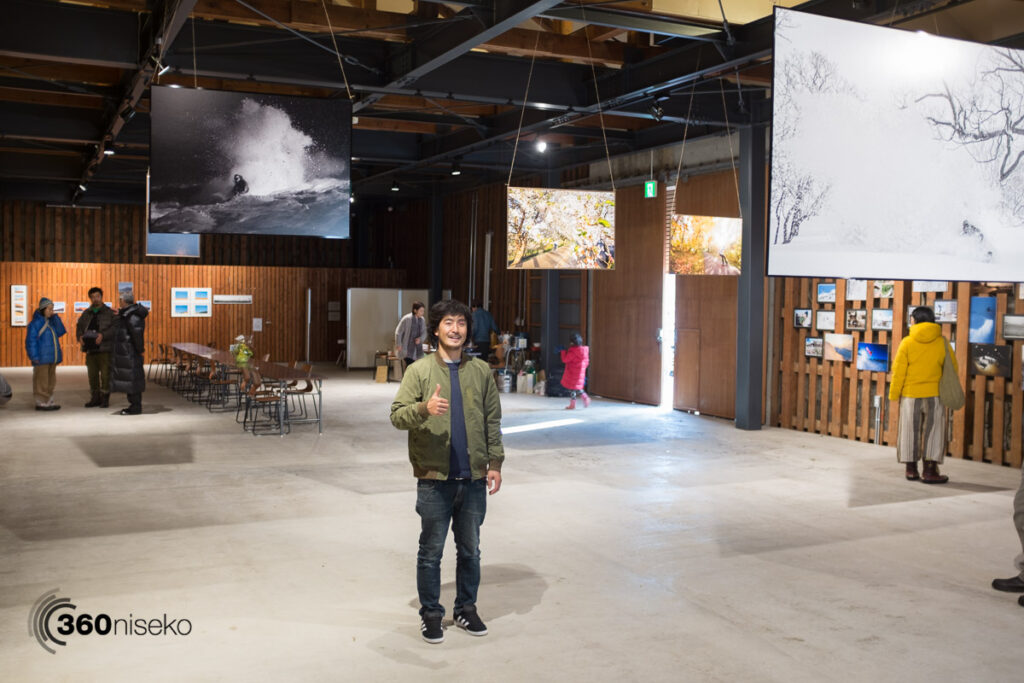 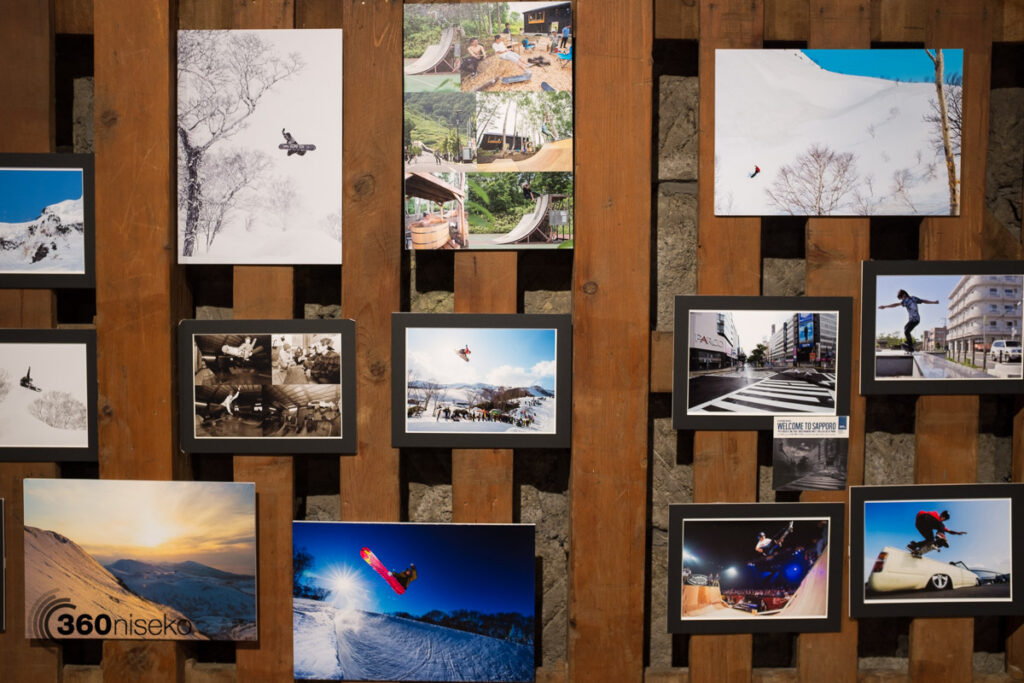 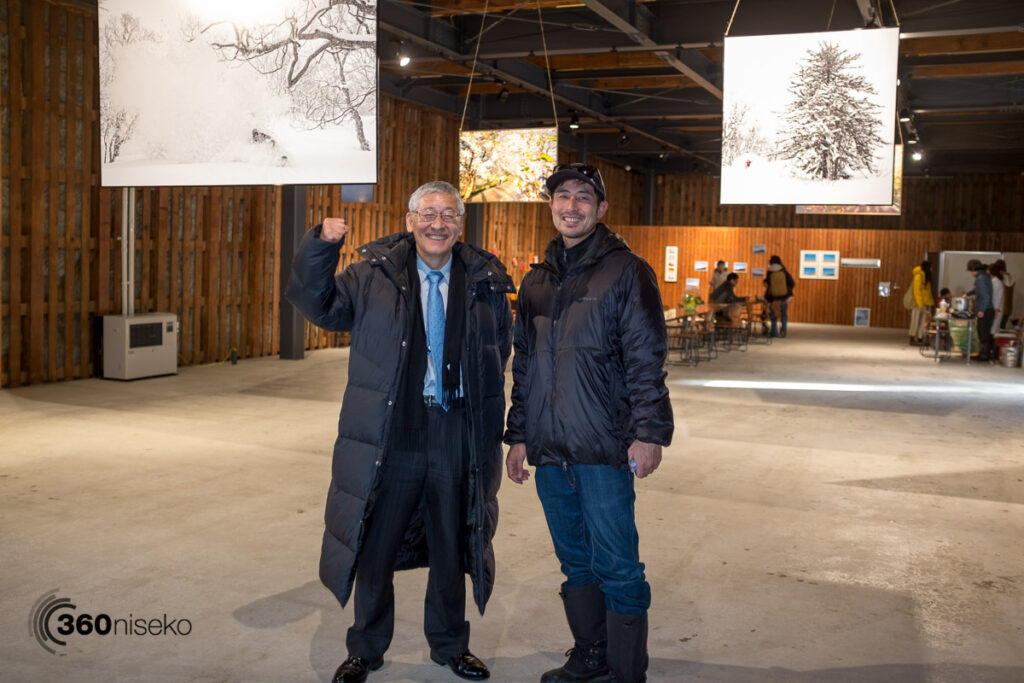 The mayor of Niseko Town and local legend Hideki from Boroya restaurant, 27 November 2016 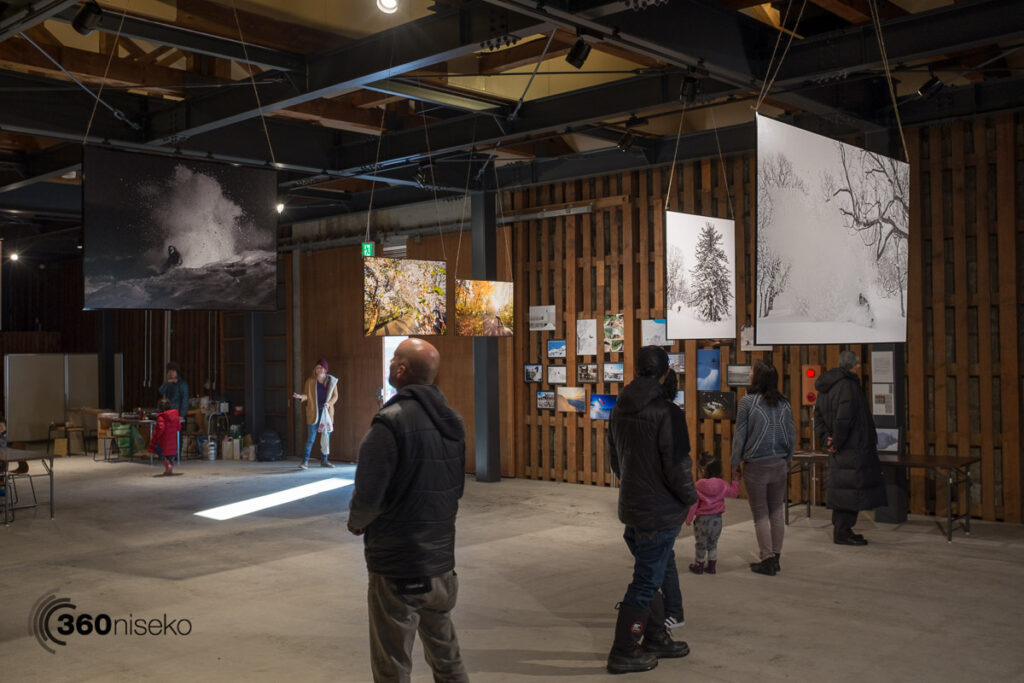 Taking in the large format prints in the soukogun, 27 November 2016