*0 of fresh snow has accumulated in the last 24hrs in Hirafu Village. At 7:00 today the temperature was 4°C. It is a warm overcast morning here in Niseko. We have been hanging on waiting for some late dumps but as of the last dusting on the 26th or March there has been nothing to report in the way of snowfall. We have just entered the last month of what has been an epic season…..we are still hoping for some fresh snowfall later this week and our snow station ruler is still in position 😉

Yesterday Hanazono Ski Field and Niseko Village closed for the 2015-16 season. Niseko Village may open for Golden week ( April 29th – May 9th ) if there is enough snow left on the runs. There is still a huge base of snow with top to bottom skiing and boarding in Grand Hirafu and Niseko Annupuri. Hirafu’s famous “Spring Park” will again be operating this season on the Shirakaba course.

It is hard to beat spring skiing and boarding on soft groomed runs early in the morning but we’d have to say spring touring in the backcountry in good weather is UNREAL with floaty snow lines to be had when the conditions are right. The Niseko Avalanche report has finished for the season but as they said in the final report: ” Good snow is where you find it, there’s still plenty out there.Have a nice end of the season.” 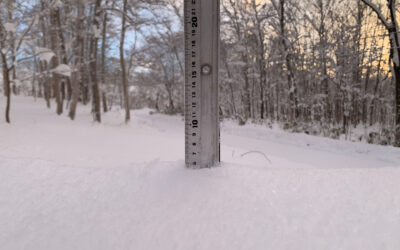 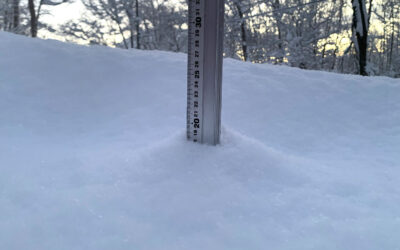