IKI – A Taste of Hokkaido 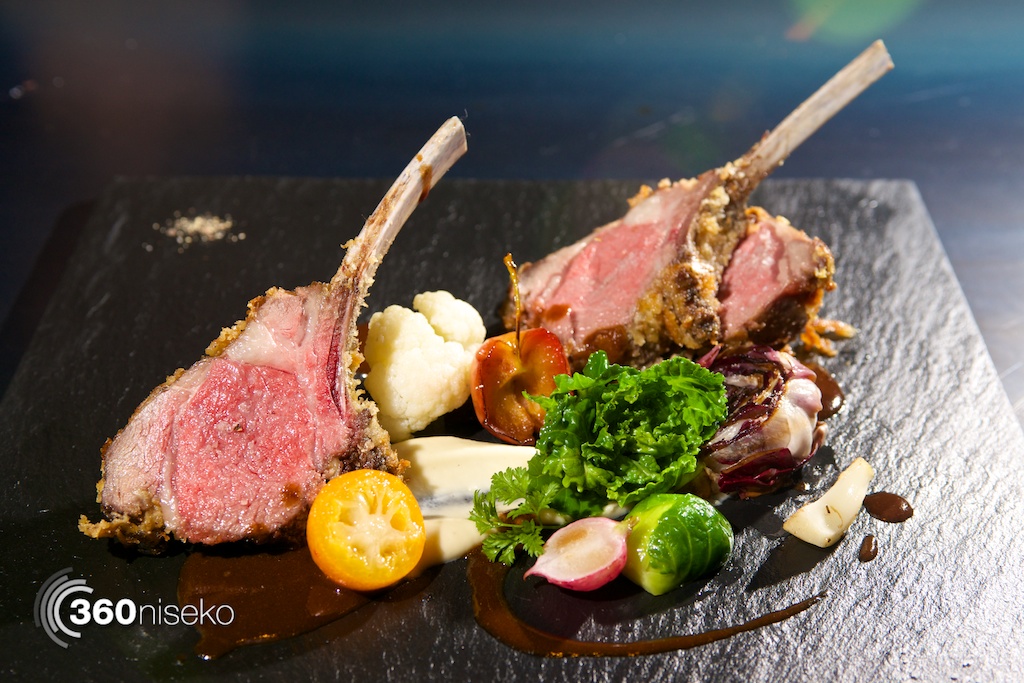 One of the great pleasures of this job is being able to visit places like IKI to sample and review the food. Actually, I would say it is the highlight. 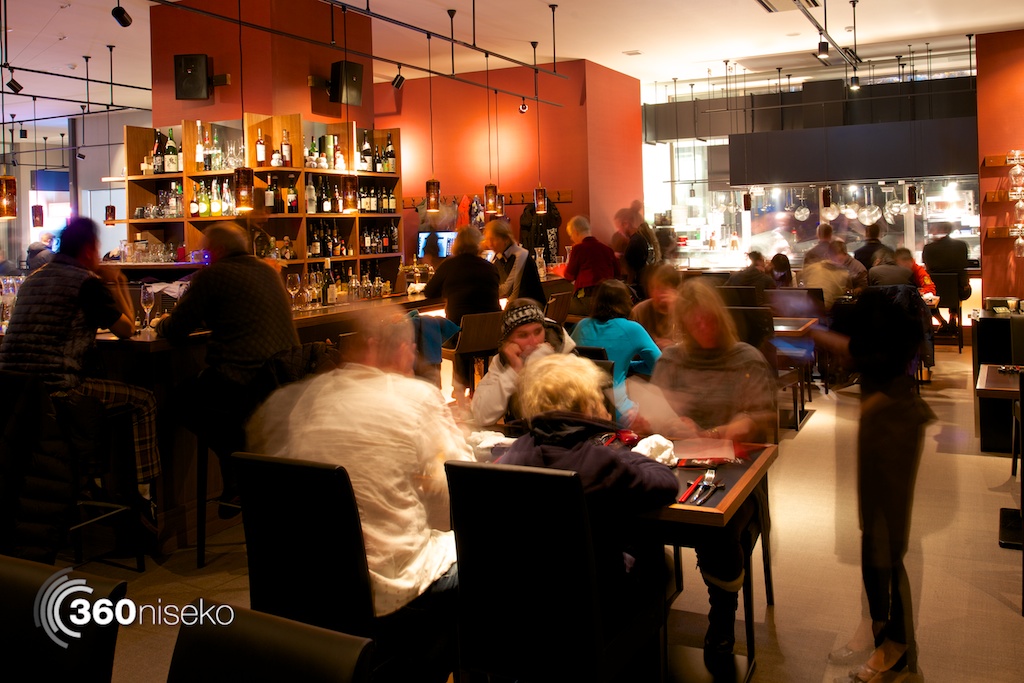 The comfortable interior of IKI

IKI is a new restaurant this season, conveniently located on the ground floor of SHIKI Niseko in central Hirafu, right next door to the Niseko Supermarket and Deli. IKI is owned by none other than the green-thumbed Dennis van den Brink, who brings his passion for fresh and local produce with him. He also brings long time friend, Richard Robbins, along as the executive chef, too. What they have created is a showcase of what is possible with food that is abundant in Hokkaido, from local produce, local livestock, local game and local seafood. These ingredients are then brought together in a fusion of European and Asian styles, from rustic stews and pasta to teppanyaki and charcoal grilled fish. 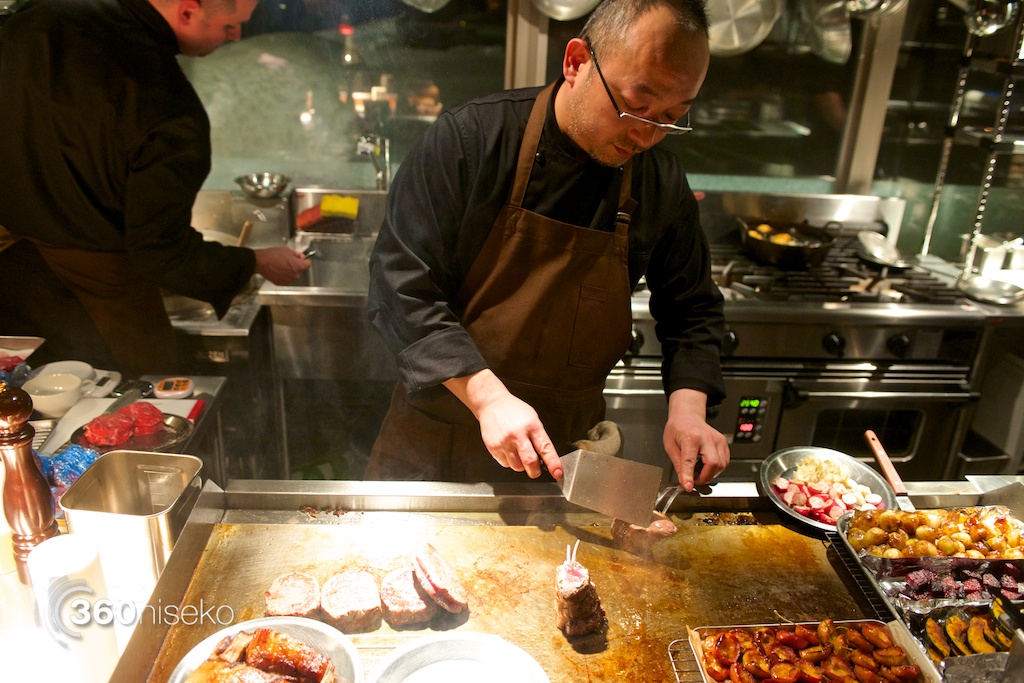 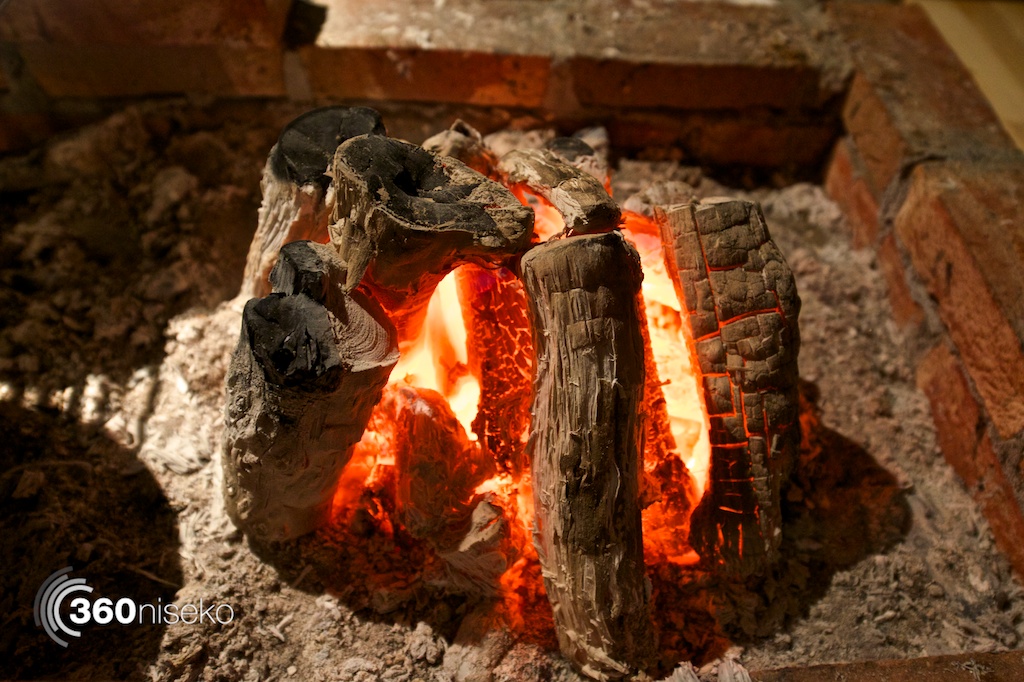 The restaurant has a comfortable atmosphere – the lighting is relaxed, the music is minimal, as is the interior, but it doesn’t come across as feeling pretentious or snooty. There is also bar-style seating right in front of the teppan (steel barbeque plate) to let you really appreciate the craftsmanship of chefs that are working here, as well as intoxicate you with the aromas of the cooking meat. In addition to the teppan, IKI have an irori (charcoal hearth) for truly unique Hokkaido style roasted fish. 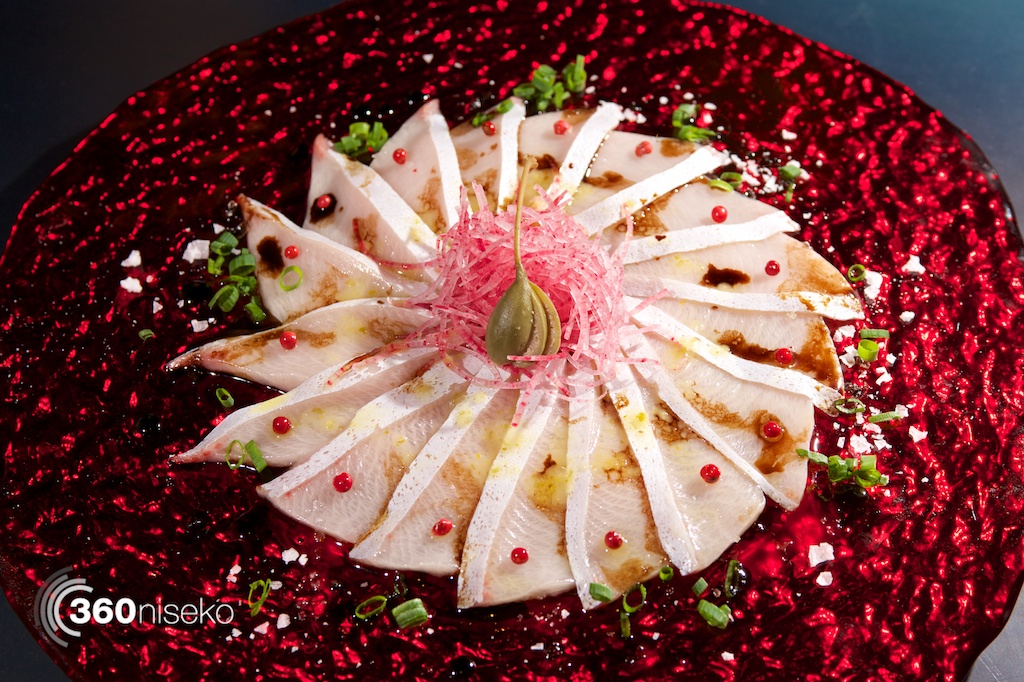 There were four plates selected for dinner, plates that are popular and representative of IKI’s style. First to arrive was immaculately presented Yellowtail Carpaccio. I’m generally not a raw fish enthusiast (I enjoy the texture, but I think that cooked fish generally has more flavour), but in no time at all, half of the plate had disappeared. The subtle balsamic and sudachi (Japanese citrus) dressing gave it just a little extra oomph while still allowing the tenderness and subtlety of the raw fish to shine. 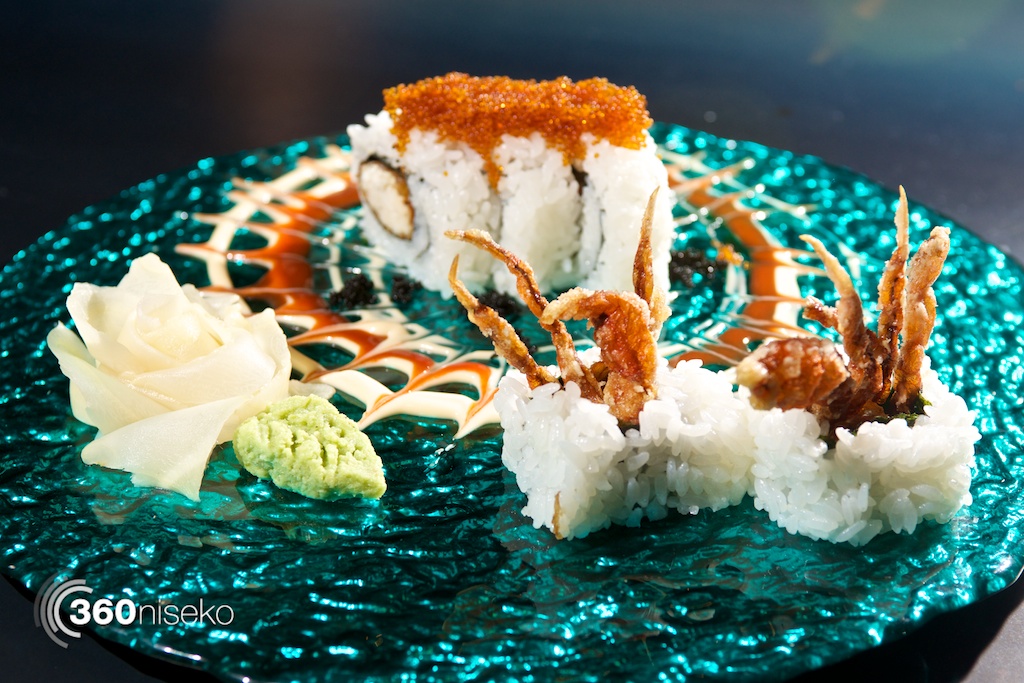 This was immediately followed by the equally stunning Spider Roll – tempura soft shell crab sushi, with tobiko caviar. Sushi is quite a simple food in theory, but it’s amazing the difference that a skilled chef can bring to the equation. Every bite was a pleasure. The only complaint was that it was over too soon. 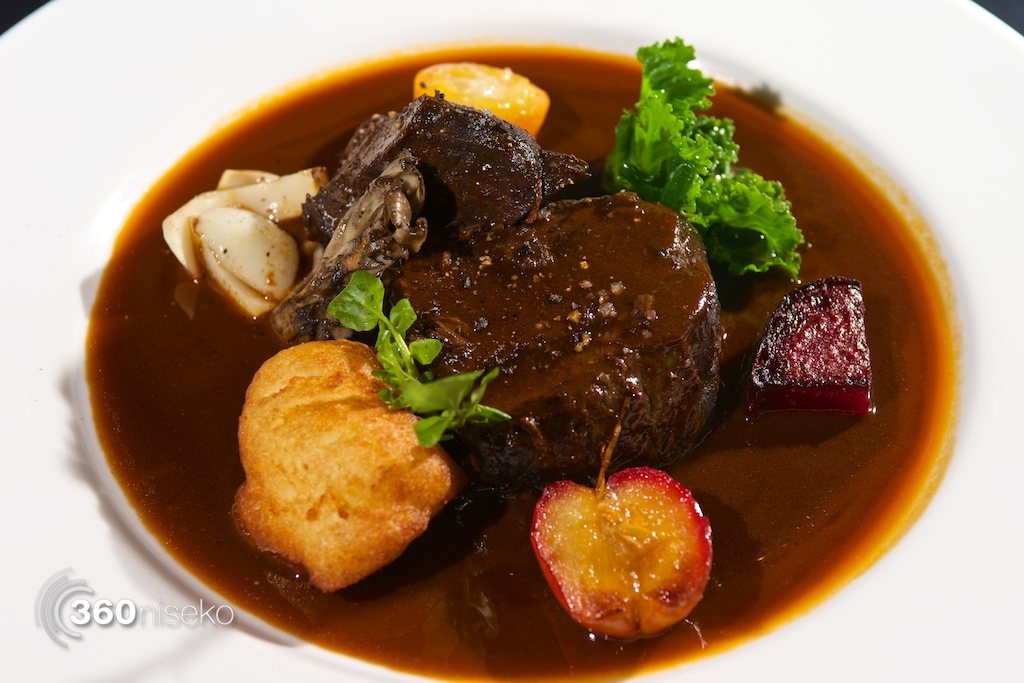 The first of the mains to arrive was the Hokkaido Venison Stew. Deer might not sound like a very Hokkaido meal, but wild deer are abundant in this beautiful and remote part of Japan. The venison was so soft that it was possible to eat it with chopsticks – the fibres of meat literally fall apart inside your mouth. The stew was rich, and the local garnishes were unique and delightful, from the beetroot, to the maitake mushroom and local roots.

As the last mouthful of the venison stew was about to be consumed, the impressive Australian Lamb Rack came out. The lamb is firstly seared on their teppan, crumbed and marinaded and finally roasted to juicy perfection. I’m a big lamb fan, so was delighted to be treated this culinary delight. As you might expect, the lamb was cooked to perfection and was incredibly tender and succulent. The marinade was subtle and took a backseat, letting the lamb have the spotlight. Like the Hokkaido Venison Stew, the garnish was also unique and incredibly varied, from the perfectly cooked Brussels sprout, to the tart Japanese citrus and the smooth fried goat’s cheese. This was certainly the highlight meal of the evening and the temptation was there to lick the plate clean to make sure not a single scrap of flavour was left behind. 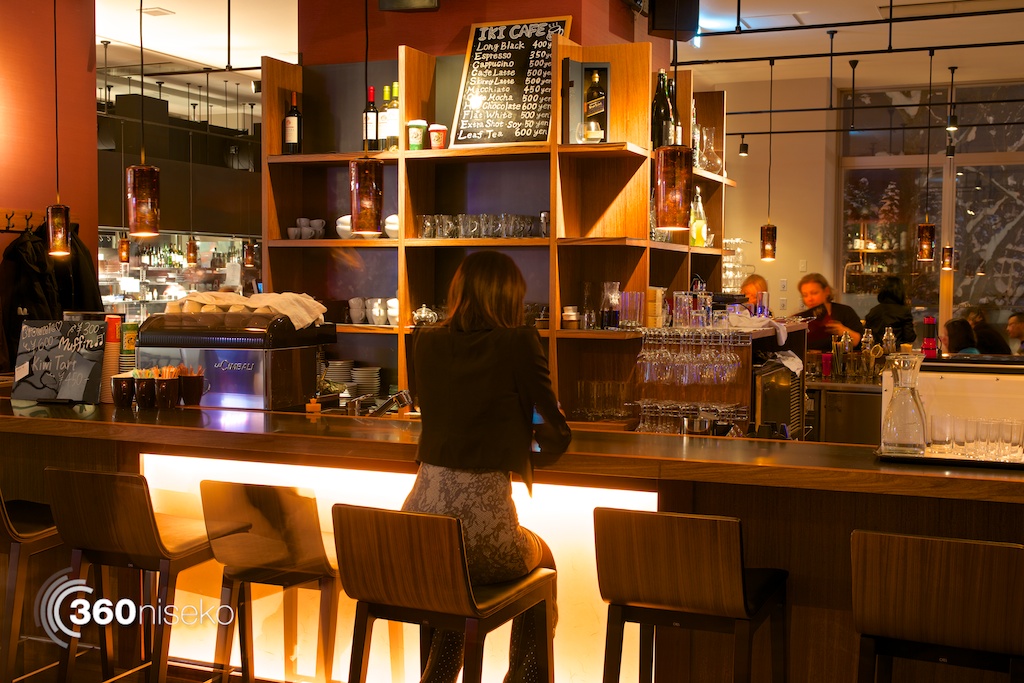 After the meal, a little time was  spent relaxing at the bar that is integrated into the restaurant. As could be expected, it was a well stocked bar, with a nice opulent feeling, without becoming pretentious or exclusive.

IKI Niseko looks set to becoming another big player in the burgeoning high-end food scene in Niseko, highly recommended to add it to your list for your next visit to Niseko.