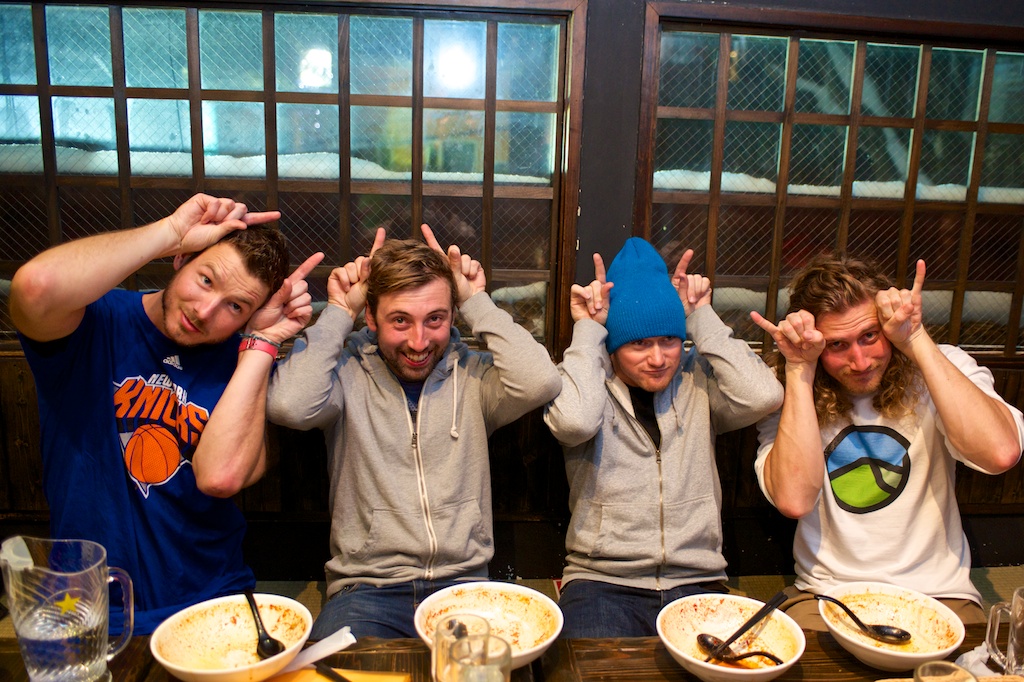 Like many good adventures, this one started with an overheard conversation about a ramen that was so hot that the restaurant would put your photo up on the wall if you could finish it. Not personally being a fan of hot/spicy food, this held little interest to me, but I know quite a few crazy people who do so a visit was organised. 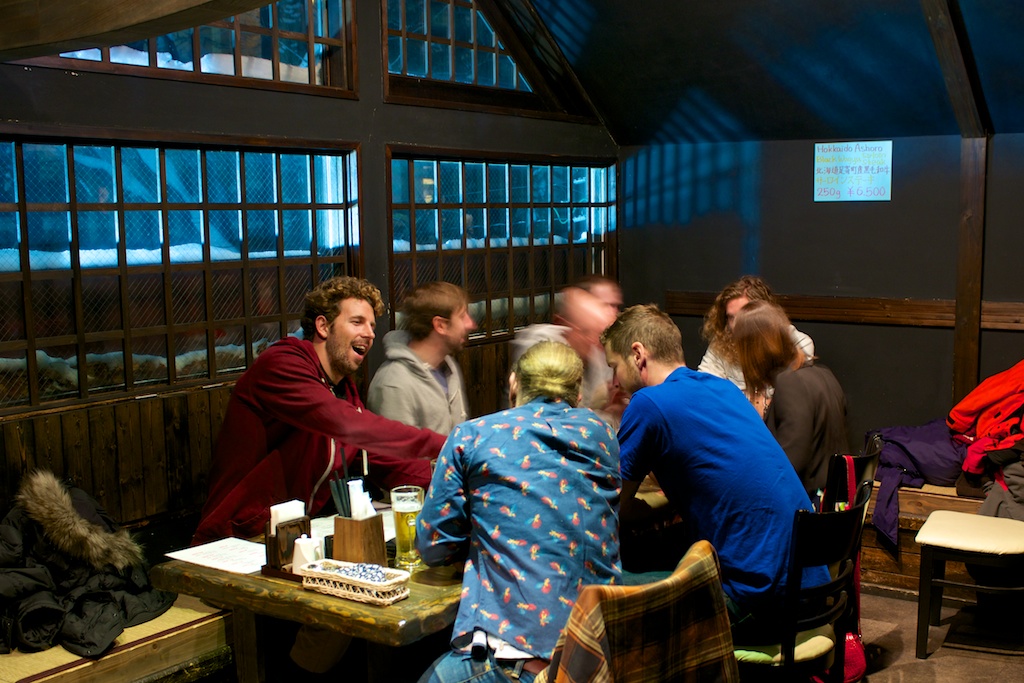 Otsukisama is a relatively new restaurant above Bar Moon in Lower Hirafu, in the building previously occupied by Dragon. For those of you who are interested, Otsukisama is polite Japanese for the Moon, hence the link between the bar on the first floor, and the restaurant on the second. 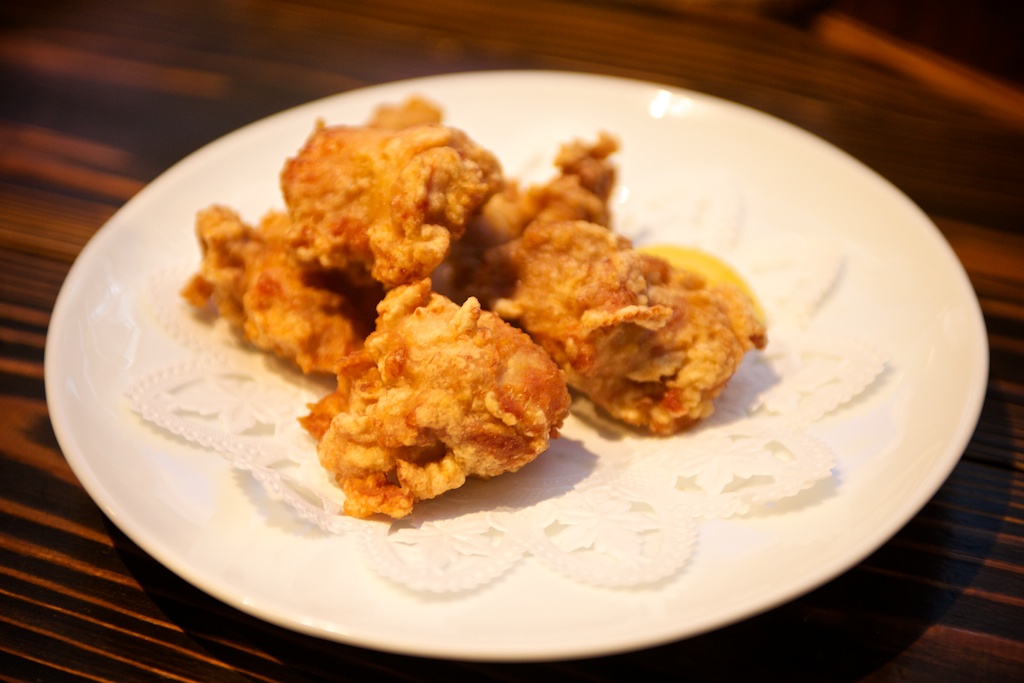 Otsukisama has a great range of izakaya style food, but we were drawn to this Devil Ramen we’d heard tales of. The only choice was how hot were we willing to go – to get your photo on the wall, you had to complete a minimum of level 7, but they offer it all the way to level 20 for the sadistic heat freaks!

Having had a near religious experience in the past after eating hot chilies in Taiwan, I ordered the level 1, comfortable with my masculinity and not bowing to peer pressure. Three friends ordered the level 7, and just to prove a point, my brother ordered a level 8 – which we were initially told they weren’t able to cook tonight.

My level 1 Devil Ramen was the first to arrive, and the first thing I noticed were the chili flakes floating on the surface, taunting me. I had a sip of the broth, and while there was a little warmth, it was completely manageable, even for a novice like myself. The level 7s and the level 8 came out a moment later, and it was obvious they were dealing with a completely different beast. Not only was the stock a deeper red and speckled with many more chili flakes, there were also dozens of little green chilies lurking in the soup. They also use a different shaped bowl, maximizing the amount of spice being delivered. 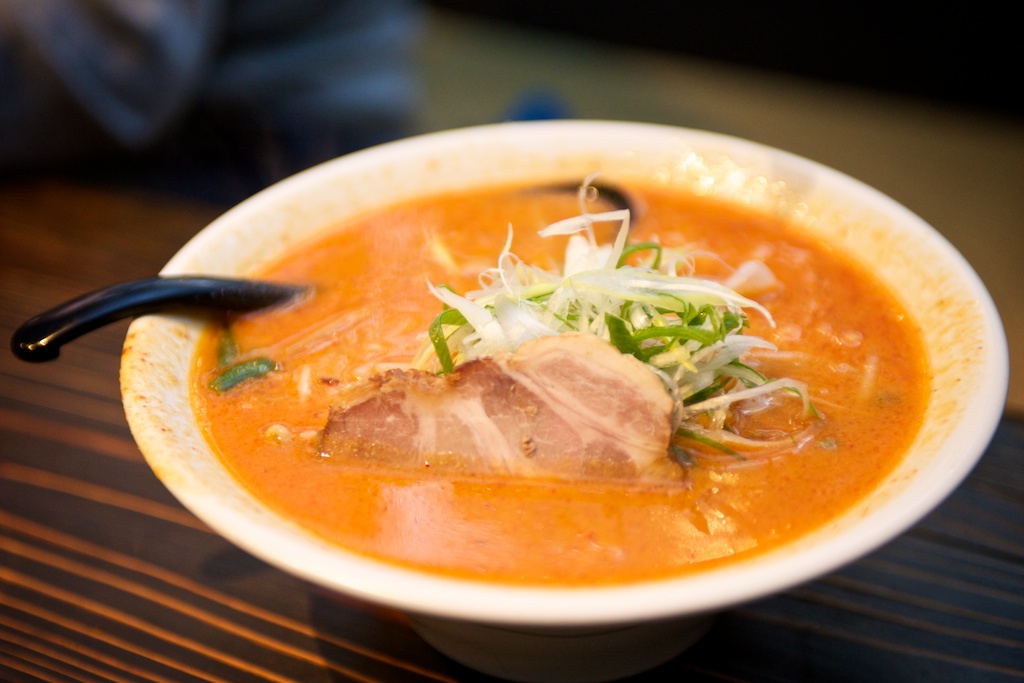 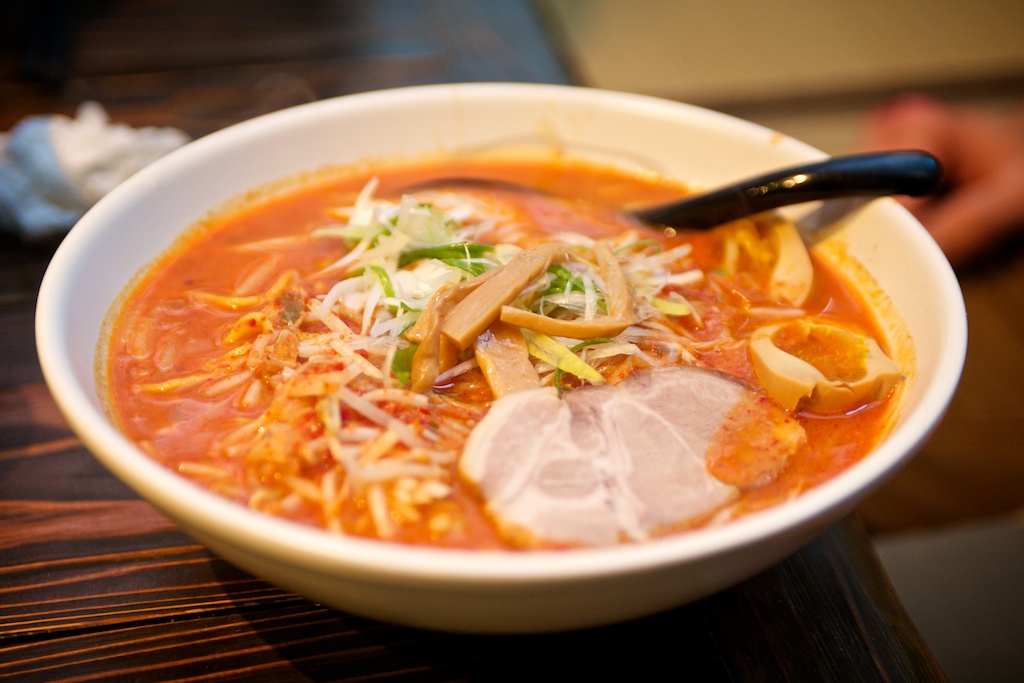 I breezed through my bowl, enjoying the warmth of the spice, as well as the delicious rich soup. It wasn’t until I encountered my first inconspicuous little green chili did things change – in fact, it changed a lot, it went from being a pleasant meal to a fiery furnace in my mouth. Luckily, my level 1 only had a few (and I didn’t have to eat them).

My experience was a little different to the guys doing the level 7 (and 8) challenge if the looks on their faces were anything to judge by. Their faces were red, and wet with beads of sweat. 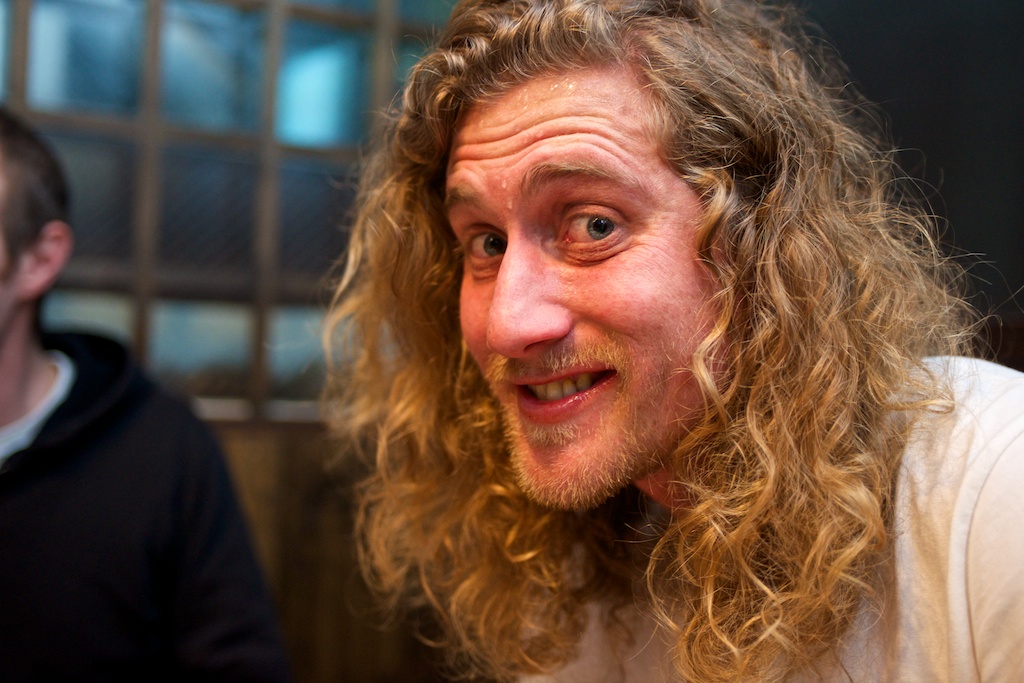 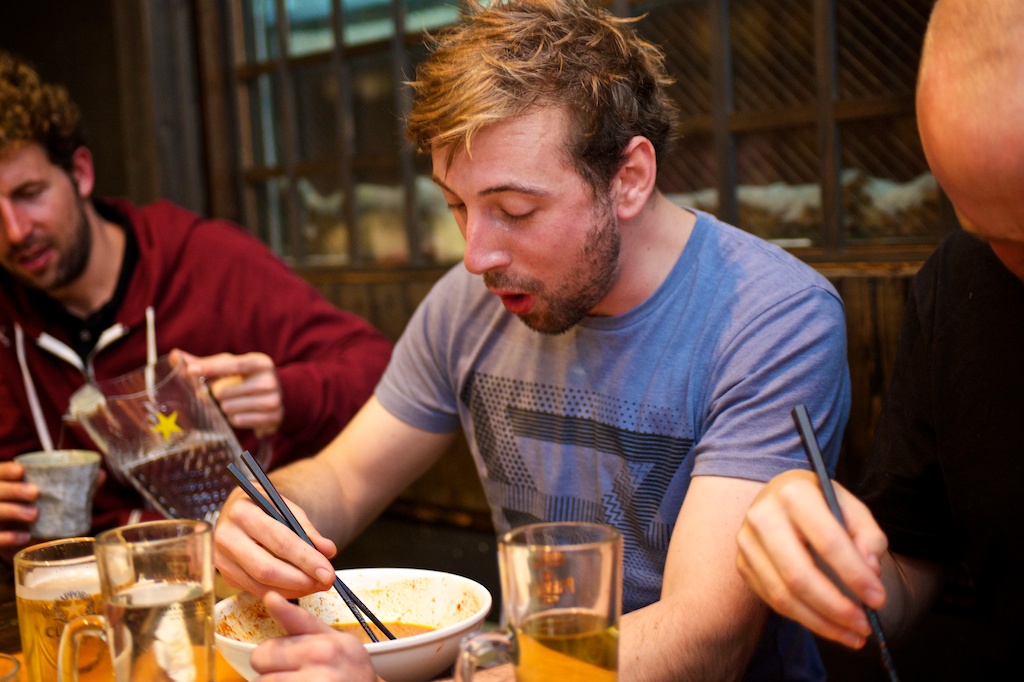 But, to their credit (and their stomachs displeasure) they all finished their flaming bowls of ramen. Every last drop. And, true to their word, Otsukisama provided them with pens and paper to document their struggles and celebrate their achievements with the others who have gone before them (and to warn others from following after them). 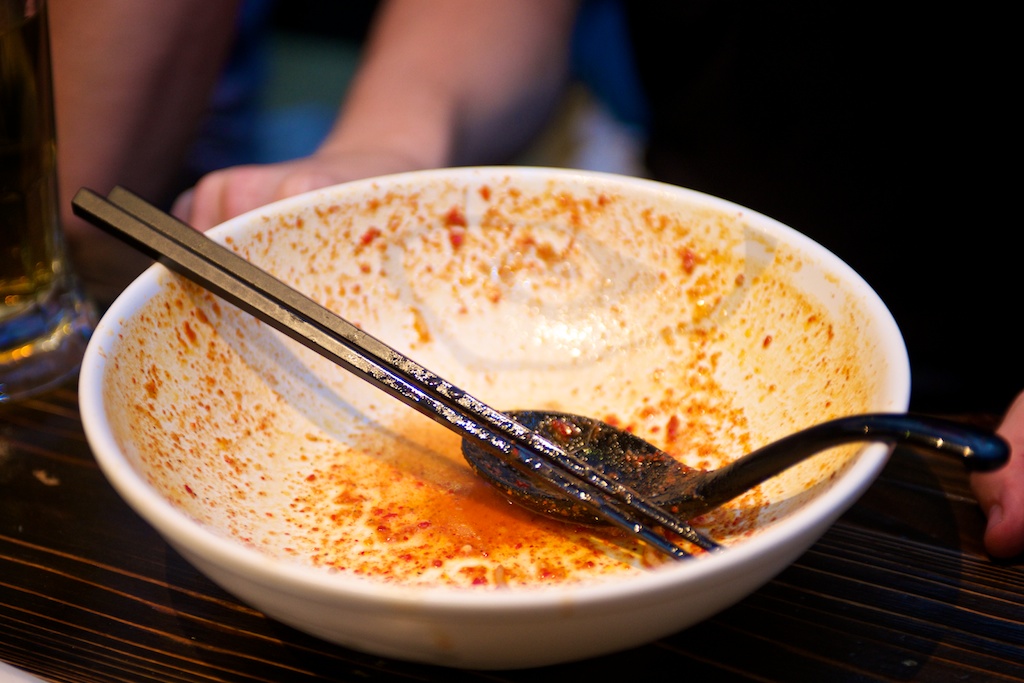 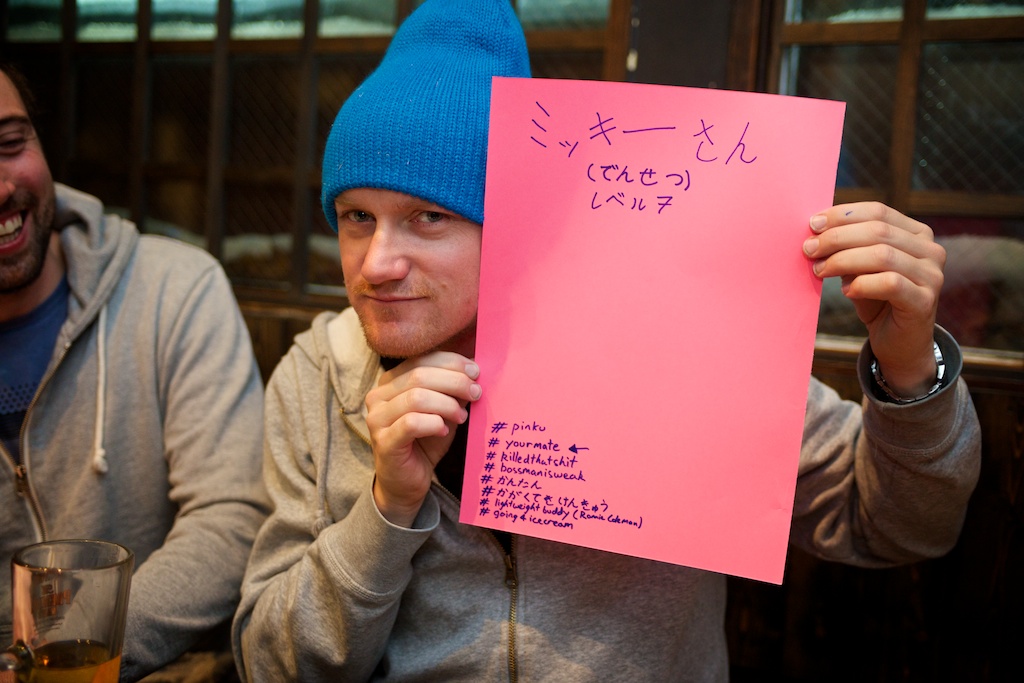 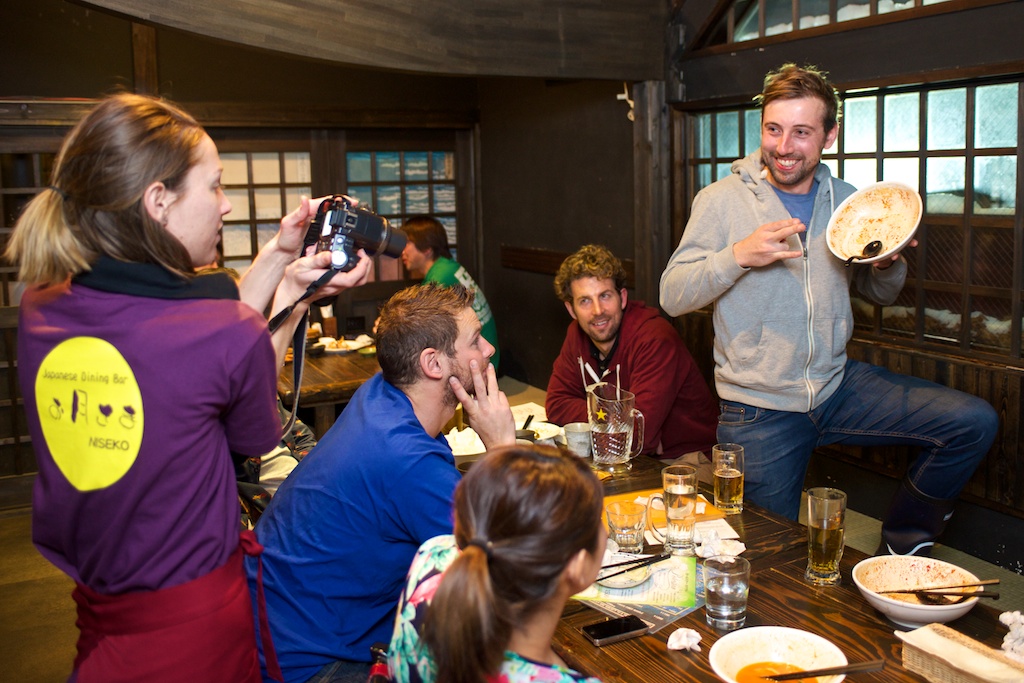 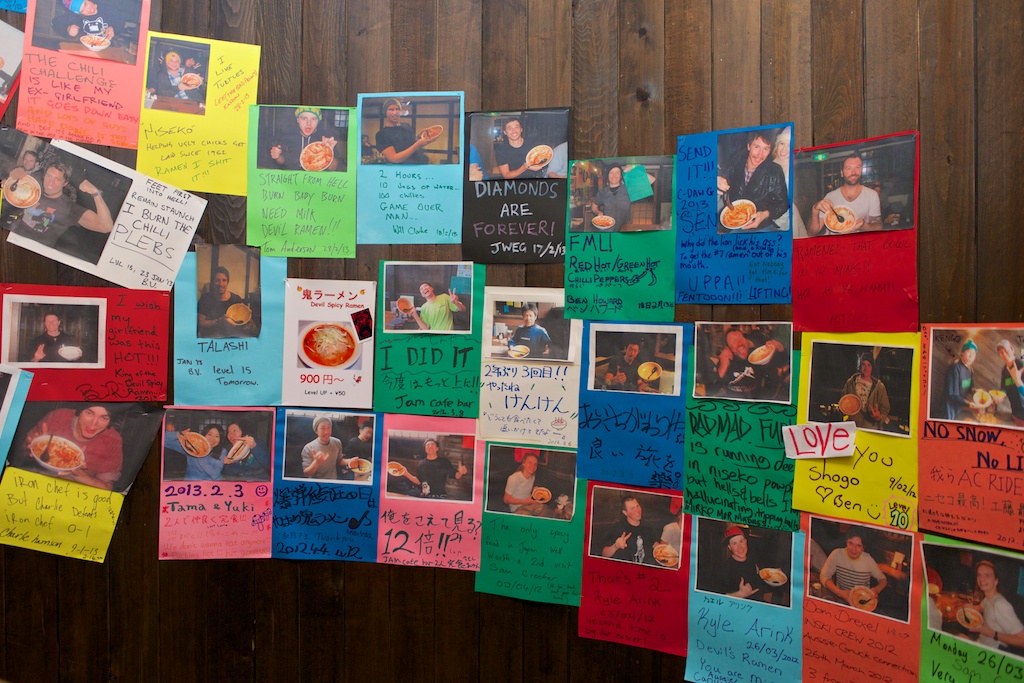